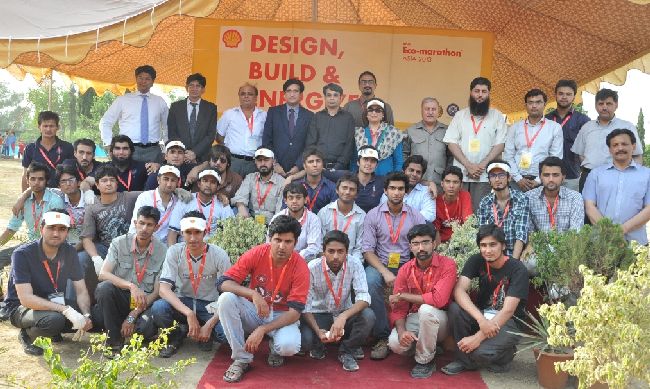 Top universities from Pakistan unveiled their hand-built fuel-efficient vehicles for the Shell Eco Marathon Asia at a launch ceremony held at NUST in Rawalpindi.

This event has put Pakistani teams on track for the Shell Eco Marathon Asia competition at the Sepang F-1 track in Kuala Lumpur in July 2013. There, they will compete with over 130 teams from 16 countries to see whose vehicle can go the farthest on one litre of fuel.

Teams from NUST, UET-Peshawar, UET-Jamshoro, NED, Air University, GIK, PNEC and FAST are registered to compete in the event at Malaysia. Some of these teams were present at the NUST launch event to showcase a range of new and improved vehicles, running on a variety of fuels. (Also check this report about how NED’s Team Victory is preparing for Shell Eco Marathon Asia 2013)

On the occasion, Omar Sheikh, Managing Director, Shell Pakistan Limited, said, “Pakistan and the world face an energy challenge, and Shell is well positioned to help people meet their energy needs through efficient and performance-driven products. Competitions like the Shell Eco marathon are opportunities for students to be a part of the dialogue and the solution to our energy challenges.

A panel of judges from academic, media, industry and government sectors inspected the vehicles at the launch event. Awards were given for Safety to UET-Peshawar for their Prototype vehicle; for the best mileage to NUST for their Urban Concept vehicle; GIKâ€™s prototype vehicle won an award for reducing their ecological footprint the most, while the innovation prize was awarded to UET-Peshawarâ€™s Urban Concept vehicle. Two novelty awards were given to AIR University and HITEC for their out-of-the-box designs. 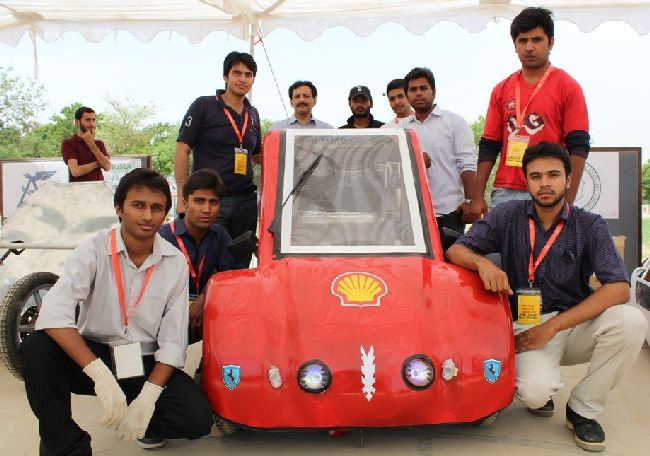 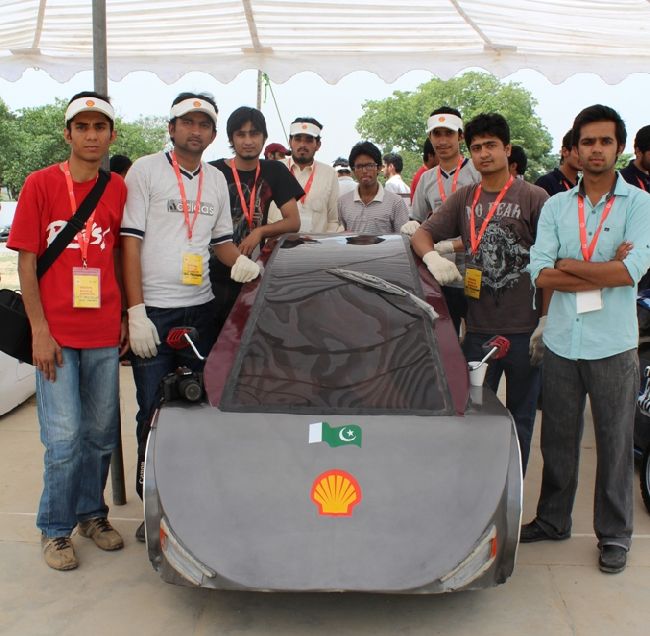 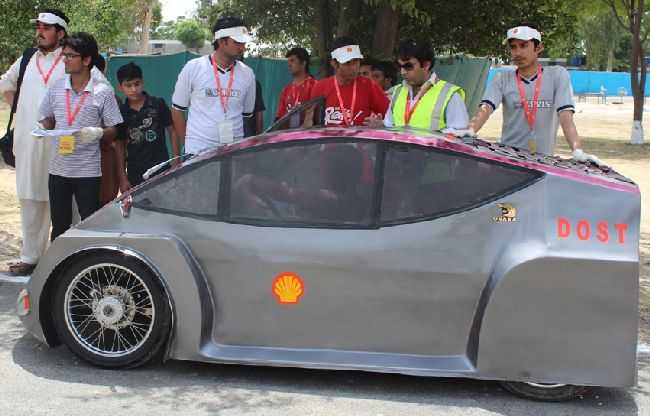 Major General Obaid Bin Zakria, Commandant NUST College of Electrical and Mechanical Engineering added, “Todayâ€™s event is a chance for Pakistani teams to test their vehicles and ensure they are well-prepared for tough competition at the Shell Eco-marathon in Malaysia this year. The students have already displayed a great deal of drive and creativity in transforming innovative ideas into reality, and we hope they continue to display the same enthusiasm as they represent Pakistan and their universities.”

Pakistan was the first country from the subcontinent to represent teams at the Shell Eco marathon in Berlin 2009, followed by 20 teams in the 2010 Kuala Lumpur competition, the highest number in Asia. In 2012, for the first time, two Pakistani teams were top performers; a team from NED came in fourth position in the Ethanol Prototype category, while a team from NUST came in eighth in the Urban Concept gasoline category. In 2013, 13 teams from Pakistan will participate in the Kuala Lumpur event.

Shell Eco Marathon is a super-mileage challenge, created by Shell, designed to inspire student innovation and develop future technologies that represent game-changing fuel efficiency and transportation performance. Participants are challenged to design, build, and test vehicles to go the farthest distance using the least amount of energy. This year, about 150 student teams from 16 countries all over Asia will hit the tracks of the Sepang International Circuit with their Prototype and Urban Concept category vehicles.

The Prototype category invites student teams to enter futuristic cars streamlined vehicles focused on maximising fuel-efficiency through innovative design elements, such as drag reduction. The Urban Concept category focuses on more â€œroadworthyâ€ fuel-efficient vehicles. Aimed at meeting the real-life needs of drivers, these vehicles are closer in appearance to the higher-mileage cars seen on roads today.