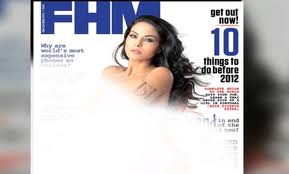 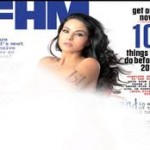 I personally do not know what gets people so excited about Veena Malik. It can’t be the lack of clothes, because models wear very little in fashion shows in Pakistan. It can’t be her ruining the image of Pakistan, because that is already as bad as it can be. So what is it?

An Indian magazine publishes a morphed picture showing Veena Malik nude and it becomes a source of immense discussion on blogs, websites, and Twitter, and comments start flowing with people either supporting her or writing comments showing intense dislike, without even knowing whether she actually posed nude or not.

Even if she posed nude, why should this get so much attention? Where was the media when a Bangladeshi girl was lashed to death after being raped by her cousin? Where were people when Afghans poured acid on an entire family because the eldest daughter refused to marry an old man? Where were the commentators when an Afghan woman was sentenced to prison for being raped (it was termed forced adultery) until the president intervened.

I do not support nudity. At the same time I ask, why do the self-righteous go crazy when a woman poses nude? Why donâ€™t these people raise their voice against crimes committed against women? Where are they when women are targeted for dowry, why donâ€™t they raise their voice against domestic abuse, why donâ€™t they talk about acid attacks, about rape, about trafficking of women, honour killings, female infanticide, female foeticide, female genital mutilation, forced marriages, etc?

One very important issue is how Veena Malik started to receive death threats and was a victim of an attack last year that could have left her dead. Is indecency a bigger crime than murder?

The magazineâ€™s editor says that he has the video to prove that the picture is real. I wonder why he doesnâ€™t show the video. This is what Veena Malik has to say.

I have never posed nude. I have never done anything like that ever. My manager and legal team is looking into the matter. We will take legal action against them. The picture has been morphed. Itâ€™s not me. Definitely not.

Veena Malik has sued the magazine for Rs. 100 million.