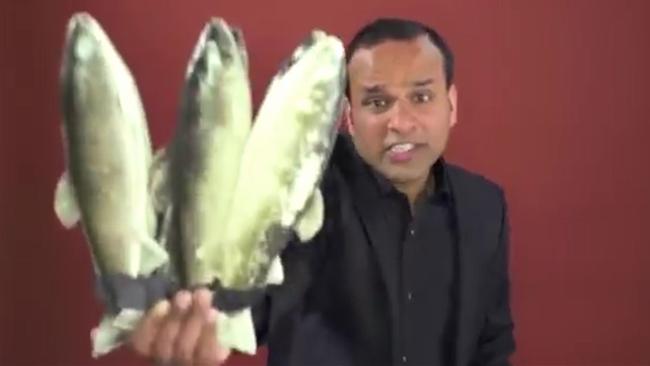 From selling fish for One Pound to becoming a mini celebrity singer, Shahid Nazir – the One Pound Fish Man has performed another somersault, political in nature this time.

Shahid Nazir said his family had a long association with the Pakistan Muslim League-N (PMLN) of Nawaz Sharif and he was working on tunes for the former prime minister as he campaigns for the May 11 general election.

“I have almost prepared an election song on Nawaz Sharif highlighting his contributions to Pakistan,” Nazir told AFP.
“I will present the video of this song to him very soon and it will be up to him how to use it.”

Nazir reached number 29 in the British pop charts for “One Pound Fish”, which he originally composed to encourage shoppers at the market in east London where he worked to part with a pound (around $1.60) for a fish. The song became a YouTube hit after someone filmed him singing it at the market and Warner Music signed him up for a record deal in the hope of getting the coveted Christmas number one spot in the charts.

Nazir said that while he supported the PMLN, widely seen as favourites in the upcoming polls, for now he has no plans to enter politics as a candidate.

“I like PMLN and Nawaz’s agenda and definitely I have interest in politics but at the moment, I am focusing on my music and singing,” he said.