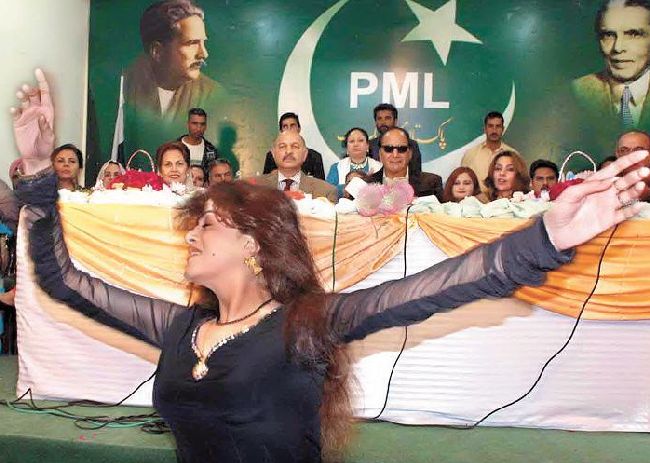 A “cultural show” organized by PML-Q for its leaders Chaudhry Shujaat Hussain and Mushahid Hussain included dance performance by a lady performer.

According to Express News, the cultural show was organized by PML-Q cultural wing in Islamabad to celebrate 5 years of “democratic government”. The dancer was especially invited from Lahore.

Election Commission of Pakistan has ordered a video recording of the show, apparently to check out what it missed that was enjoyed by Ch Shujaat Hussain.

Kudos to the leaders of Pakistan Muslim League (Q) for proving that they are liberal and open-minded.