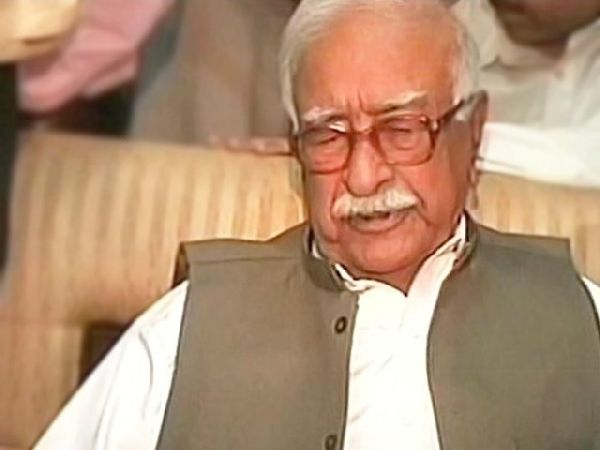 As top political parties of Pakistan failed to agree upon a name for the position of Caretaker Prime Minister, the Election Commission has came out with the winner – and its Mir Hazar Khan Khoso, the interim Prime Minister of Pakistan to oversee the nation through Elections 2013.

A venerated officer, bearing a reputation of honesty, Justice (retd) Mir Hazar Khan Khoso, 84, hails from the Goth Azam Khan Khoso in Jaffarabad district of Balochistan. Nominated by the ruling party, his first political appointment came as the Acting Governor of Balochistan â€“ an office he kept for three months after the death of Governor Muhammad Musa, who served as the 10th governor of the province from December 17, 1985 to March 12, 1991.

As a judicial officer, Khoso never indulged in any controversy and kept himself away from politics and while being a judge in the superior courts. Owing to the respect and trust he enjoyed from Baloch nationalist leaders and separatist elements of Balochistan, the ruling party considers him invaluable in bringing disgruntled elements to unity.
After retiring from the provincial court in September 1991, Khoso took up the office of Judge of the Federal Shariat Court. After a few years of diligent service, in 1994, Khoso was promoted as Chief Justice of the Federal Shariat Court.

Because of his clean reputation, Khoso currently serves as the Balochistan Chairman of the Zakat Council, a position that demands both uprightness and responsibility. This is a testimony to Khosoâ€™s wide popularity among the leadership of Balochistan.

Since long, Khoso has steered clear from politics, focusing mainly to his Zakat Council job. However, he is active as an agriculturist in his town Subatpur.

Recently, his son, Advocate Amjad Khan Khoso, is reported to have joined the Pakistan Tehreek-e-Insaf.
His other son, Mehrab Khan Khoso, was elected as an MPA of Balochistan Assembly on the ticket of Pakistan Peoples Party in 2008.

84 year old man is now the Prime Minister of Pakistan – a country where the average life-span is around 65.

and suffers from Alzheimer disease.