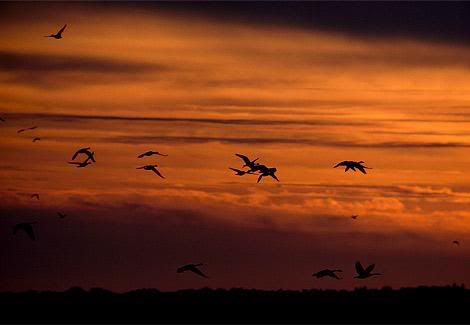 Pakistan has the large number of guest birds from Europe, Central Asian States and India every year. The birds from North spend winters different wetlands and deserts of Pakistan, which are distributed throughout the country, from the high Himalayas to coastland and mudflats in the Indus delta. And, after winters they go back to their native habitats. This famous route from Siberia to various destinations in Pakistan over Karakorum, Hindu Kush, and Suleiman Ranges along Indus River down to the delta is known as International Migratory Bird Route Number 4. It is also called as the Green Route or more commonly Indus Flyway.

Endowed with a remarkable geology, Pakistan spans several of the world’s ecological regions and is spread over broad latitude. The rich Indus delta and the highlands in Pakistan are a great attraction for the guest birds. Which is why the Indus Flyway is one of the busiest in the world? The birds start on this route in November. February is the peak time and by March they start flying back home. These periods may vary depending upon weather conditions in Siberia and or Pakistan.

There are total seven identified flyways in the world: from Northern Europe to Scandinavian countries, Central Europe to Mediterranean Sea, Western Siberia to Red Sea, Green Route from Siberia to Pakistan, Ganga Flyway from Eastern Siberia to India, Manchuria to Korea and one from Chakotaka to California. Besides these there are many regional and smaller routs all over the world.

The Indus Flyway is important due to the diverse species and large number of birds that take this itinerary: different species of waterfowls, cranes, teals, pintail, mallard and gadwall, the list goes on. Some extinguishing species like white-headed duck, houbara bustard and Siberian crane also travel on this route. As per an estimate basing on regular counts at different Pakistani wetlands, between700, 000 and 1,200,000 birds arrive in Pakistan through Indus Flyway every year. Out of which over 70 per cent of the admirable visitors stay in Thanedar Wala Game Reserve (International Ramsar site number (IRS) 97 where Crane Refuge has also been constructed), Tenda Dam (IRS98), Kinjhar Lakes (IRS 99), Drigh (IRS 100). Haleji Lake (IRS 101where in the past, over 100,000 migratory birds of more than 222species had been reported, and which was once called the Birdwatchers’ Paradise by the then president of the World Wide Fund for Nature, Prince Philip, the Duke of Edinburgh), Ucchali Complex (IRS818), Taunsa (IRS 817), Chishma (IRS 816), Rasul, Qadar Abad Barrages, and Lal Sohanra. There are 45 sanctuaries and reserves spread over an area of about 0.90 million hectares in Sindh alone. Some of the birds that come to our country from northern latitudes arrive at coastal creeks. The remaining birds land up in lakes, which are fondly and proudly maintained by landowners. Only a few places in the world have such plentiful variety of winged life as the wetlands of Pakistan.

The bird watching has become an increasingly popular pursuit in Pakistan; more and more people have started taking break and are seen on rendezvous with birds. I have seen birdhouses at homes of some bird enthusiasts. But the most exciting are usually the least expected encounters in the wilderness. That makes the Indus Delta and Coastal Mangrove forests breathtaking experience for bird watchers. Each winter, the stage is set there for migration thrills coupled with local avian population. (Other locations that have started attracting local and foreign bird watchers to Pakistan in order to watch the local birds are narrow belts in Northern Areas when trees sprout, floral buds open, honey sucking nectars and other tiny insects swarm the air there and a range of avifauna concentrates in foothills on the onset of summers. The Margalla Hills in Islamabad are also bird rich area).

Out of the guest birds two are especially important: houbara bustard and Siberian crane. Houbara breeds mainly in the Kizil Kum Desert region southeast of Aral Sea in Central Asia and migrates in the winter months, and large number settle down for the season in Cholistan and Thar deserts. It also over-winters in part of Iran, Afghanistan, India and Arabian Desert. There are two biologically separate populations of Houbara found in Pakistan. Chlamydotisundulata is described as the North African race and is smaller and darker in plumage than the Asian sub specie Chlamydotis undulatamacqueenii. Both races are migratory, but there is substantial evidence that a small breeding population of Chlamydotis undulataexists in Balochistan. Whether these are totally resident birds or young birds, which miss out on the first migration back north is unclear. As per the National Avian Research Centre China, Houbara recorded average flying speed is 30 kilometers per hour with up to1268 kilometers covered between stopovers and 700 kilometers flown in24 hours.”

The Siberian crane (Grus leucogeranus), also known as Asiatic Crane and sometime called as Sibes, is one of the most rare birds of the world. It is snow white overall, with red skin covering front of head, face and around the eyes. Crane’s bill is thick and legs are pinkish red. Wing tips are black which are only visible when the bird is airborne. Both sexes are alike but immature birds have brownish yellow plumage. The Siberian crane’s distinctive morphology, vocalizations, feeding and courtship behavior distinguish it from the other Grus species. Eggs are generally laid from late May to June, with peak production occurring in the first week of June. In most cases two eggs are laid, with only one chick surviving to fledging. The incubation period is about 29 days, and chicks fledge at 70-75 days. Siberian cranes, start from Ob River basin in Siberia and prefer to spend winters at the Yakutiya River or the Poyang Lake in China, but some of them head for Pakistan, Iran and India. Wetlands and shallow areas in Sindh create excellent feeding habitat for Sibes. This is one bird that deserves compassion and special care the world over. Another of the winged creature Great egrets (Casmerodius albus) can also be sited in many areas in Pakistan.

In different Pakistani habitats the guest birds live like “Pairs of Saras” — using the metaphor from romantic literature. As a host it is our responsibility to provide them comfortable and peaceful environment, which can be done by efficiently managing the wetlands particularly those listed as International Ramsar sites — natural resource reservoirs. All wetlands are active agents for recharging water tables and aquifers besides being home to birds. Human activities around the birds’ dwellings, wars, deforestation, water pollution, hunting, introduction of exotic fish species and developing the wetlands for fisheries’ production on commercial scale are some of the common disturbance that cause irritation to birds anywhere.

Bird migration superbly demonstrates the complexity and the wonder of the web of life. The evolution of individual migratory strategies of different bird species over the past tens of thousands of years represents a delicate balance of nature, making it very sensitive to the impacts of human activity. One such human influence, global warming (caused mainly by the burning of coal and oil since the Industrial Revolution), is poised to cause catastrophic alteration to this delicate balance.

Pakistan is an important and active contracting member to Ramsar Convention for the conservation of wetlands and Bonn Convention for protection of migratory animals and birds. Indus Flyway Committee was established in early 70s to collect more information and improve the protection of the birds while they are in Pakistan. Zoology, Wildlife, and Forest Departments as well a few non-governmental organizations are actively working in the field. Regular mid winter bird counts are carried out and useful database of relevant information has been gathered. The data is likely to produce important results. The experts have already concluded that the migratory birds have ecological benefits as they prey on insects and weeds thus contributing towards the betterment of agriculture. Similarly, the faucal material of the birds consists of organic matter that contributes towards the fertility of the soil.

Count them when the birds are on their way back home. How many came in and how many are going back?

1 thought on “Highways in the Sky”