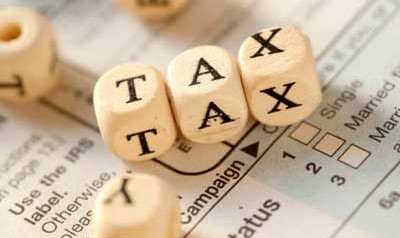 At least half of the candidates who have submitted their nomination papers for Election 2013 are non-taxpayers or tax defaulters.

As reported by Ansar Abbasi in the News, almost 4,000 out of the 8,000 candidates, whose nomination papers had been scanned and scrutinised by the Election Commission of Pakistan (ECP), do not pay any income tax and have no National Income Tax (NIT) number.

On the basis of this trend, it is believed that out of the estimated 14,000 candidates who have submitted their nomination papers to take part in the May 11 polls, at least half would be non-taxpayers and tax defaulters.

The ECP sources said the returning officers would be deciding the fate of such candidates on the basis of scrutiny of their nomination papers and the documents attached. It is also said that the Federal Board of Revenue (FBR) team, which is assisting the ECP in this particular matter, has not been provided all the details and documents of the nomination papers but are only given the ID card number and NTN number, if any, of the candidates.

Despite making law of mandatory filing of â€œReturn of Incomeâ€, 70 percent of parliamentarians (305 out of the present 437) did not file returns in 2011. According to a recent report, such violators of law in the National Assembly and Senate included 67.3% legislators of PML-N and 66.8% MPs belonging to the PPP. The highest percentage of non-filers of tax returns was of ANP with 87.5%.

Amongst the PPP parliamentarians, 87 MNAs out of 125 and 24 Senators of the total 41 did not file tax returns in 2011 and these members include federal ministers and key figures of the PPP.

The JUI-F/MMA 86.6% (13 out of 15 parliamentarians) did not file returns of income. This included seven MNAs out of eight and six senators out of seven.