Muttahida Qaumi Movement (MQM) was originally formed as Muhajir Qaumi Movement in early 1980s, claiming to protect the rights of Muhajirs, the immigrants who left their homes in India to come to Pakistan in and after 1947. These Muhajirs mainly belonged to Bihar and Uttar Pradesh states of India. Arriving in Karachi, the capital of Pakistan at that time, the Muhajirs settled across the city forming communities and neighborhoods. One such settlement was Orangi Town which, though had a mix of ethnic groups, mainly consists of immigrants from Bihar, India (1947) and Bangladesh (1971). 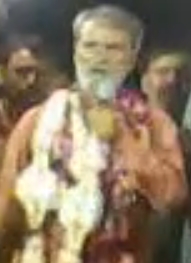 Orangi Town has a population of approximately 2.5 million although government records insist that it has 700,000 inhabitants. Claimed to be the largest shanty town in the world, Orangi Town has surprisingly high literacy rate. In last 15 years Orangi Town’s demography has substantially changed as Pakhtun refugees fleeing from war in Afghanistan and Taliban conflict in northern Pakistan have settled in this town in large numbers. This has also ignited ongoing clashes between MQM and ANP for land occupation in Orangi Town and elsewhere in Karachi.

Orangi Town is considered as a strong hold of MQM and the Biharis die-hard loyalists of Altaf Hussain. Dr. Imran Farooq, the founder of MQM, was also a Bihari and this contributed a lot in influencing people from Bihar and Orangi Town to join MQM.

During the operation of 1990s, Orangi Town suffered a lot as Bihari youth were rounded up and encountered in huge numbers by law enforcement agencies. In recent years, Orangi Town remained in news due to frequent clashes between MQM and ANP due to which the residents were besieged in their homes for days at length. That, added with the incidents of extortion and street crime, multiplied the physical and financial suffering of the people of Orangi Town.

Soon after these incidents there were series of conventions in Orangi Town by a formerly unknown party called Bihari Qaumi Movement. Its leaders, apparently residents of Orangi Town, blamed stakeholders of current government for the situation.

Following video covers one such speech. Listen to the shouts of Jiye Bihari during the speech:

Apparently a member of Bihari Qaumi Movement (BQM) is participating as independent candidate in the by-election of PS-94, seat of Provincial Sindh Assembly vacant after the death of MPA Raza Haider. MQM leaders confirmed that Abdul Haq, one of the three independent candidates, was the former Orangi Town nazim belonging to the partyâ€™s Haq Parast Group. The by-election, scheduled for September 22, is postponed till October 17 as MQM has abolished political activities for 10 days to mourn the death of Dr. Imran Farooq.

Is the BQM represents a split in MQM? Will it be another offshoot like MQM Haqiqi? (now known as Muhajir Qaumi Movement and is further branched into Afaq and Aamir groups). Only time will tell. However, MQM has a history of dealing brutally with those that divert from the policies of its Quaid.

19 thoughts on “Bihari Qaumi Movement (BQM) – another split in MQM?”