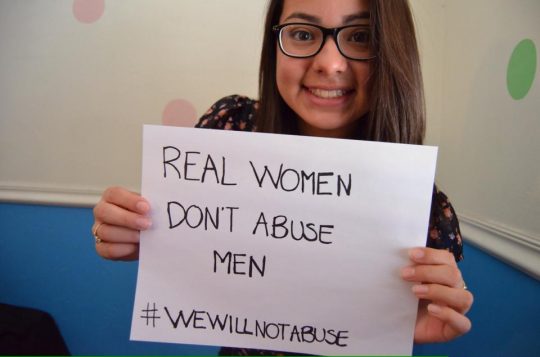 Domestic violence against men is a growing epidemic, and many men do not even realize that they have a controlling and abusive wife until it is too late. There is absolutely no reason why a man must continue to remain in a relationship with a woman who is paranoid, controlling, and dominating. Men do not do anyone a favour, least of all their children, by continuing to stay with an abusive woman.

Below are top ten signs that your wife is abusive:

Abusive wives are controlling. She will control who you hang out with, where you go, where you work, what you do with your paycheck, what you wear and how often you talk to family or friends. The abuser will attempt to control you by using body language, according to DrIrene.com. She may refuse to talk to you, ignore you or sulk until she gets her way. She is also a master at controlling conversations.

Most abusive wives are jealous. There are two parts to jealously. She may be jealous of you as a person or jealous when she is not the center of attention. A spouse who is insecure in a relationship is different from a spouse who is jealous each time you talk to a complete stranger. The later example would be a sign of an unhealthy relationship.

Abusive wives want you all to themselves. They do not want you spending time with platonic co-workers, family or friends. She would rather you be unhappy by yourself. She doesn’t want you hanging with other people in fear that they may see the abuse.

She blames others. She takes no responsibility for her actions and blames everyone for anything that goes wrong. She will always find a way to blame you. If you have never heard your wife apologize for anything, you may be in an abusive relationship.

If you feel you are walking on eggshells, this is probably a sign of verbal abuse. Your wife is abusive if she yells, screams or emotionally freaks out over small things. She may threaten you and will always dismiss your feelings.

Gaslighting is “manipulative behavior used to confuse people into thinking their reactions are so far off base that theyâ€™re crazy,” according to The Current Conscience. The abuser tells the victim he or she is crazy or “it’s all in your head.” The victim begins to question reality.

Your wife has unreasonable expectations. When you make a mistake, you feel there is nothing you can do to make it up to her. She won’t forgive you for your actions, no matter how small the mistake.

Does your wife put you in situations that make you fear for your life? If she tries to intimidate you, make you feel scared, control and manipulate you to the point where you are fearful of her actions, you are in an abusive relationship.

She can’t handle criticism. You cannot even give constructive criticism without it backfiring. She perceives everything as negative criticism and is highly offended. But she is more than able to criticize, usually in a rude way. If you tell her she is rude, she will say you are too sensitive.

If your wife is violent, you are in an abusive relationship. If she punches, hits and slaps you, these are obvious signs the relationship is not healthy. She may also try to kick animals, punch holes in the wall or throw things at you when she doesn’t get her way.

3 thoughts on “Top 10 Signs Of Having An Abusive Wife”