Pakistan Police usually rhymes with corruption, extortion, and uncivilized men in uniform. However, as it is said that nobody is totally bad, or good, this implies to the policemen of Pakistan as well.

Amyn A. Ghulamali reports how policemen at clifton, Karachi, helped a disabled person who fall in the middle of road. They performed this noble act of humanity jumping from their bus while on VIP escort duty.

Kudos to the good men of Sindh Police. Keep up with the good work.

Here is how Amyn reported it:

It was shocking to see that cops got off and stopped what they were doing to help a citizen. 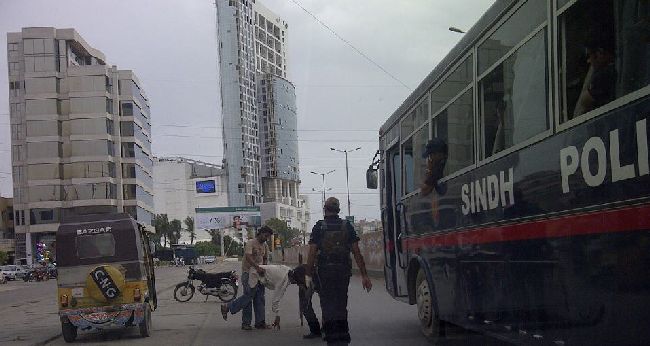 Images by Amyn A. Ghulamali