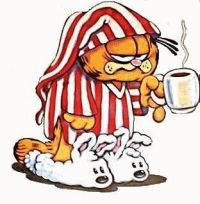 Why the youth of today is so inspired by the western culture.

This question is frequently asked by the people, as this thing is increasing day by day. There could be many reasons…like it may be due to deviancy from our religion, as a culture of any nation reflects its religion. We have left following our religion and have forgotten the difference between right and wrong and hence fell prey to other cultures. Basically we donâ€™t understand our culture truly, its norms, its boundaries and donâ€™t respect it…we feel proud to follow others step…why? Why donâ€™t we feel proud to be ourselves?

The second reason is the media. The media of today is exploiting the personalities of new generation. It presents the western world in such a glittering way that anybody can become its victim. I have seen many youngsters who have acquired the western culture like dressing, way of talking and eating…each and every thing reflects their obsession for the western culture. They loved to be called American or British than Pakistanis…its really shameful that we have lost our true identity and are following others…..

7 thoughts on “Why the youth of today is so inspired by the western culture?”