As the military offensive called Zarb-e-Ab continues in North Waziristan, the propaganda machines from both sides of the trenches are running at full speed. There is a collage of photos spread across Social Media recently, showing bearded men caught by Army personnel. These photos are claimed to be of Waziristan Taliban caught in Burqa while fleeing the area. 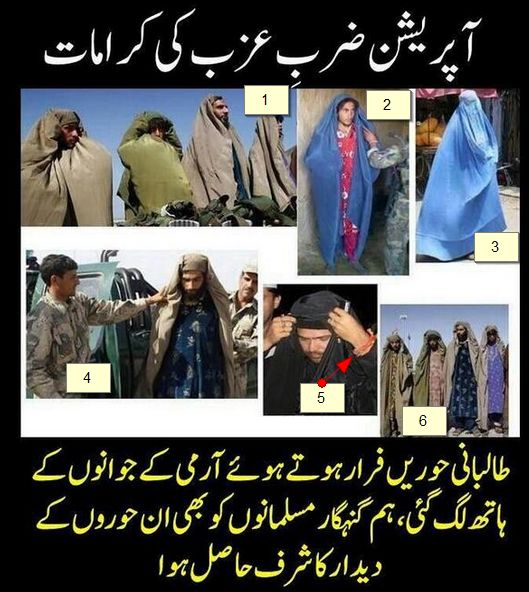 The image used some derogatory comments about the Hoories, the virgin women of Jannah. This was obviously liked by the moderately enlightened and liberals who went crazy sharing the image without giving a thought about it’s authenticity.

The image of waziristan taliban caught in burqa is a collection of images taken from different sources, countries and time spans. The image is prepared by someone either dumb or naive to believe it will not be decoded and traced to its roots.

Take a look again at the image above, and see the sources below from which this image was compiled.

Making of the image: Taliban caught in Burqa

Sub-images 1 and 6 are from Jalalabad, Afghanistan where alleged Afghan Taliban were caught disguised in burqa. This happened back in 2011 as reported by Phyllis Chysler at Frontpage Mag. Sub-image 4 is also from same event.

Sub-image 5 is most interesting. The man in picture is not a Talib (unless you consider every man with a beard as a Talib) but Bollywood singer Himesh Reshammiya, who wore a burqa to famous shrine in Ajmer, India. The incident happened in 2007, as reported by the BBC.

The image is cropped and flipped. Notice the wrist of alleged Taliban. He is wearing the thread Hindus wear for religious purposes.

Here are some more images of cross dressers caught in Afghanistan. They may also be photoshopped and rebranded as Taliban caught in burqa in Pakistan. But you will be smiling when such an image will be shared in Social Media because you have seen it before and know the source 🙂

Shared by Twitter account of a man in uniform on February 24, 2014, the image was captioned as “Taliban are on the run after air strikes and ground search operation, few women dressed Taliban caught in Burqa “. 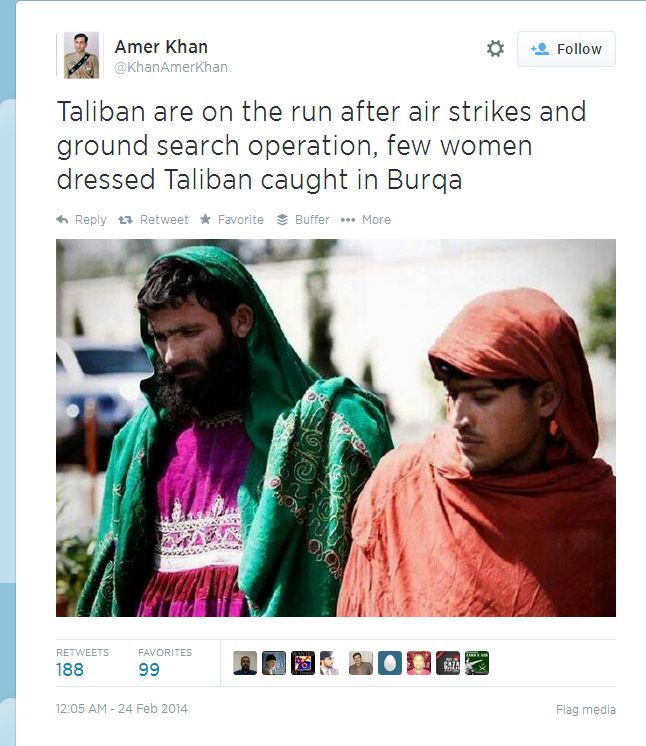 However, it turned out to be two Afghan transvestites arrested in Laghman province of Afghanistan, back in 2012. 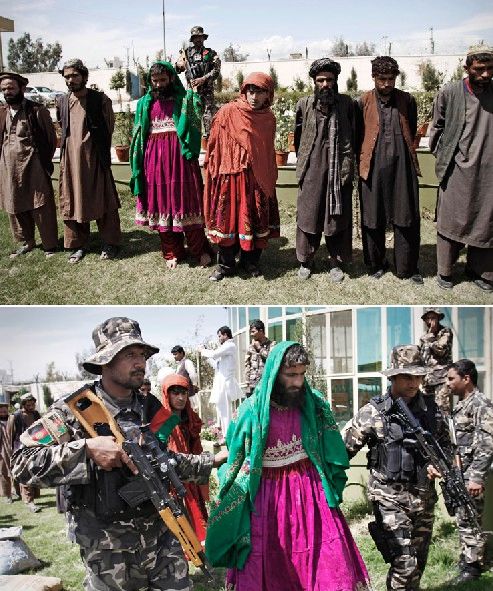 And the one image below is more recent. The guy in burqa is said to be a Taliban fighter presented to the media at the Afghan National Army headquarters in Khogyani District near Jalalabad on March 18,2014. 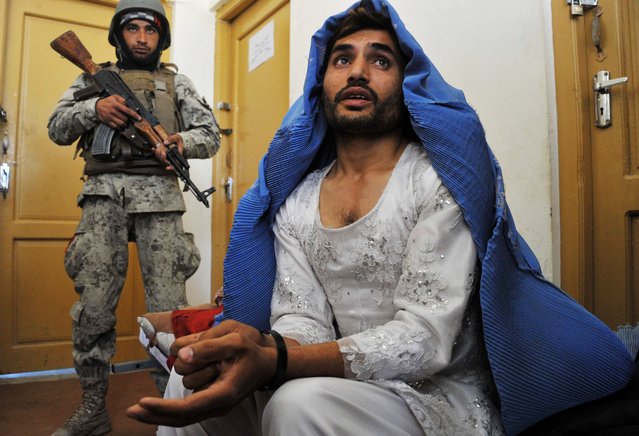 So, next time you come across a viral photo, link or news piece on social media, please do some research and check its authenticity before sharing it further.