Well, today he is known to each and every person, and I wont be wrong If I say he has become a house hold name. Yes, its none other than Baitullah Mehsud. Those who have followed the spread of “war on terror” into Pakistan have two words for this guy, admiration and suspicion.

I say admiration, for the fact that the way he has moved to the top of the barbaric warlord is a mystery itself. When after 9/11 the invasion of Afghanistan took place, he was not heard of. 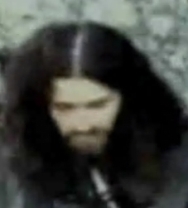 Nek Mohammad was eliminated, not confirmed until now, either by a drone or a missile strike.

He was replaced by a young, smart Abdullah Mehsud. Abdullah had a striking background. He fought along with the Taliban, and after their fall, he was captured and sent to Guantanamo. He managed to outsmart Americans and was set free. He lost his leg during the war. After his return, he again assembled a strong force and controlled major share of activities in Waziristan and Wana. 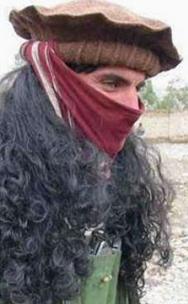 During the same time, Baitullah came into picture but not to he extent where Abdullah was.

There was a peace deal at the same time. The offer by the government was accepted by Baitullah and even in the Jirga, Baitullah signed the agreement in the presence of high ranking officials.

On the other hand, Abdullah Mehsud continued and got attention when he kidnapped some Chinese engineers. For well over two years, it was he who took up the fight, till the time he was killed during an operation in either Chaman or Ziarat.

Baitullah, meanwhile remained out of sight. Later, in Bara tehsil, the unrest spread and it was Mangal Bagh this time around.

The breakthrough for Baitullah came, when he came to lime light, especially when our government accused him of being the mastermind behind Benazir Bhutto’s assassination.

This was the small tale behind his rise. The other element is of suspicion. It is agreed that Baitullah is the mastermind for the preparation of suicide bombers. It won’t be wrong if we put it in this way, that he has his expertise when it comes to motivate young lot of that area to go and blow themselves up and he has them in abundance.

His fame hit offshore after he plundered and looted NATO supplies passing through Pakistan. It is also believed that he got his hand on sophisticated equipments out of these efforts. Like many before him, not much is known about him but he is no ordinary warlord. Its not the Taliban of Mullah Omar where the Governor used to ride on a bicycle. Baitullah has in his possession American Hummers which he displays all around.

His network of communication is also worth mentioning. Just one recording which was obtained in regards to Benazir Bhutto assassination (whether it was real is yet to be known), he is untraceable as he uses the top gadgets in the business.

The US has also added to the popularity of Baitullah, by adding more millions to his price money. But the way he has managed and is still managing his force, it clearly reveals that he is heavily funded by one or more outside actors. For the time being, he is the public enemy number 1, because he has no regard for civilian life.

His recent activities have really stunned the ordinary people, by seeing how well organized and funded his group is. It is rumored that his soldiers are on a proper payroll, which is yet to be confirmed.

His activities have made him to the top of most wanted list in Pakistan and sooner than later, he will have to pay the price for what he has done to this beautiful homeland.