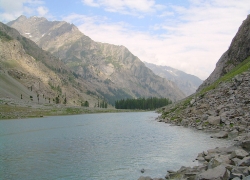 It is simply heart breaking to see the Valley of Peace, quietly turning into a shooting gallery. It is none other than the beautiful valley of Swat, which has recently transformed into a hub for extremists. The establishment has no answer as to how this development occurred, and why it was allowed to happen in the first place. Swat and extremism was a distant cry before the “War on Terror” started. It was back then, that one Maulana Sufi Mohammad embarked on a Jihad, to assist Taliban forces in Afghanistan. It is worth mentioning that honorable Maulana assembled, through unconfirmed reports an army of around 7000 young devotees and crossed into Afghanistan. It was reported that at the crossing between Afghanistan and Pakistan, they were stopped by the Taliban, as they made it clear that man power was no match against the allied arsenal, but Maulana Sufi Mohammad forced his way through.

After the fall of Taliban in less than a few months, Maulana was arrested as he tried to re-enter Pakistan with a few remaining companions. It was never asked from him that where he dumped those young boys from local Madrassas, whom he brainwashed and lead to the Jihad. It is believed that most of them became sitting ducks for the American B-52s, who were more than willing to carpet bomb every square mile of Afghanistan. Those who survived must have gone into the hands of Northern Alliance, and it is just your guess that whether they became the victims in the notorious “Shebergan Prision Massacre” in the outskirts of Mazar-e-Sharif. For your reminder, after the fall of Taliban, most of the Pakistani prisoners were kept in that prison, under the supervision of barbaric warlord Abdul Rashid Dostum. It is believed that a sizable number died during there transportation to the prison, as they were carried in sealed containers, that too in severe heat.

The others who made it to the prison were also a burden for Dostum. Under the eye of Allied forces, Dostum committed the massacre of those Taliban, by making a situation as if an uprising has been crushed. It is worth mentioning that on investigation, the journalist found that the prisoners never looted any ammunition and most of the dead, had there hands tied. Dostum walked away with a powerful position in the regime of Karzai, where stories still emerge of mass graves inside the prision. The estimated deaths were in thousands, mostly Pakistanis. Strangely, their supreme commander Maulana Sufi Mohammad escaped without any harm, before being arrested while entering into Pakistan. No one at that time asked him regarding the fate of thousands, that he lead to the Jihad, neither a proper trial ever took place in this regard. Later he was set free in return for a peace deal, only to make the matters more grave than ever before.

Let us not deviate from Swat. There was no resistance movement in Swat before 2006, while on the other side of NWFP, the situation was quite tense. For your memory, the resistance in Wana and other neighboring agencies was started by Nek Mohammad, who later died in a missile strike. He was followed by the handsome, former Guantanamo detainee Abdullah Mehsud. He carried on the resistance, but turned the heat on Pakistani troops. He was killed last year during an operation in Balochistan. From then onward, the scene has been entirely captured by Baitullah Mehsud.

Out of nowhere Swat was set ablaze by one, Maulana Fazalullah. A close relative of Maulana Sufi Mohammad, he started his campaign in a different way. Often dubbed as the “Radio Cleric”, he rallied masses by giving sermons through his privately based FM radio network. But due to the neglect of the establishment, he was not controlled at that time. One other factor is worth mentioning. The tragedy of “Red Mosque” also contributed to this cause, as many of those killed came from Swat. This proved as the catalyst, as after that Swat never recovered. A limited military operation was launched by the army, but to no avail, with the militants returning back with much greater force and magnitude. Today, Maulana Fazalullah along with his army has control of not only Swat, but the entire region till Mingora. 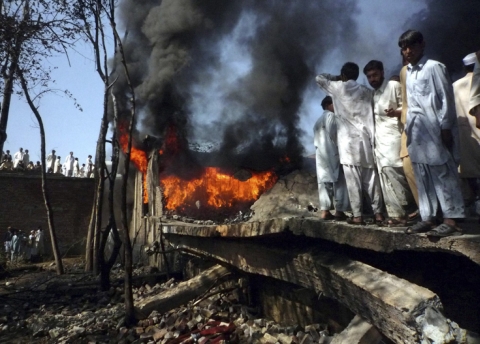 The establishment is undecided as to how to handle Swat. They are themselves divided between negotiation or rather action. This delay has given unexpected relief to the militants, who are now in full control of the region. Recently, a campaign was launched against the schools in Swat valley. The primary target of the militants was the educational institutes for women, which left nearly all of them destroyed. Although in the past few days, army has geared up for an operation in Swat, and the operation is under way but with no visible success insight. This is because of the fact that for any success, determination is required.

There is no question on the abilities of our military, but they are suffering because of the circumstances. ANP, which is in power in NWFP, came to power on the context that they will end all the operations in there domain. For this fact, they are seen helpless in this regard.

The question still remains regarding the motive of the militants. They have been heard time and time again, that they are fighting to enforce “SHARIAH”. But can somebody please tell me, “ Who has stopped the inhabitants of Swat from practicing there life under Shariah”. There was no such demand on their behalf, even when they elected MMA in 2002. Those in power who support their desire for Shariah court in Swat, must also realize that after Swat which area are they going to surrender next?. No one denies that Shariah law is the right answer, but first of all the methods followed by the militants is totally intolerable, and secondly in Pakistan we have full freedom to live according to the Islamic teaching. 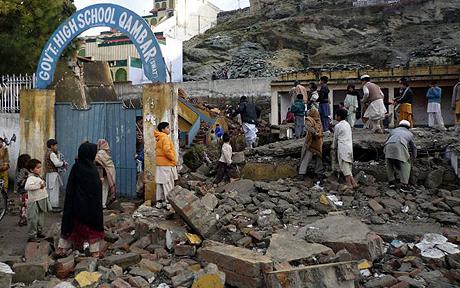 To sum up, I am not at all supporting military action in Swat. But the delay by our establishment has put the militants in a more powerful position. For a state to negotiate, first it has to attain a place of strength, else they can negotiate for the time being, but then for the rest of there life they will have to obey them. Imagine a situation, where diplomacy will be in this shape:

This is our demand, and this is the time frame, or else we are dispatching 20 suicide bombers to the Federal Capital.

Well this does strike fear in my mind at least!