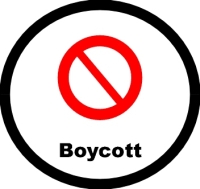 This question has been debated since ICC announced that Pakistan will not be hosting the allocated matches of world cup 2011 due to security reasons. The decision was made without any investigation from ICC. There wasn’t any kind of official visit of the country to examine the security measures. So it has been said that the decision has been taken in a hurry or I might say it was the strong lobby of BCCI and Indian press. Soon after the decision Indian papers place headlines that Pakistan may boycott world cup 2011 matches if it stays in India, to create a negative image for our cricket.

Pakistan cricket legend Zaheer Abbas asked the Pakistan Cricket Board (PCB) to boycott the 2011 World Cup if it is held in the rest of the sub-continent.

“It’s time that Pakistan cricket breaks its silence over what’s been happening against it in recent times,” said Zaheer. “The ICC took away the Champions Trophy and now it has deprived us of the World Cup. What else should happen before we broke our silence,” he lamented.

On the other hand if we decided to boycott than it will be much more difficult for us in the near future, but a protest must be made from our side to let them know our concerns. PCB is in financial crisis and if ICC ditched Pakistan as World Cup host then it would be fatal for it. There would be no money for our future cricket.

The daring step is that PCB has served a legal notice to the International Cricket Council (ICC) over their decision to shift the 2011 World Cup matches out of the country due to security reasons.

PCB chairman Ejaz Butt said a legal notice was sent to the ICC today in protest against the decision and said if security was the reason for moving the World Cup matches out of Pakistan, then it was no better in Sri Lanka and India.

“We didn’t want to and don’t want to give useless statements on losing the World Cup matches. But I think our sending the ICC a legal notice is our way of protesting against this decision,” Butt told a news conference in Lahore.

“The ICC’s decision to shift the matches was not correct in legal terms. And we have also approached the Court of Arbitration for Sports seeking justice,” Butt said

In my opinion the protest has been made through proper channel and whatever the result would be we should play the WC matches with eagerness and passion to win it. PCB has enough time to strengthen the team. Players can wear black band through out the matches so that the whole world could witness our protest in a civilized manner & if we made to win the event it would be icing on the cake.