Constituency NA – 55 (Rawalpindi – VI) of Rawalpindi district is one of the few constituencies of the country which are under the glaring limelight as two stalwarts Javed Hashmi of PML-N and Shiekh Rashid Ahmad of PML-Q are vying for the victory there. Many political pundits are declaring the contest between the two as more than election contest, but a contest of two colliding ideas. At one side is the idea of national politics and on the other is the local politics. 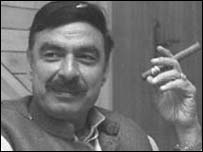 Shiekh Rashid Ahmed has been winning from this seat for quite a long time on the ticket of PML-N. In 2002, he left PML-N, and contested the election as independent candidate and won with the margin of 11,764 votes from Agha Riazul Islam. Shiekh Rashid also calls himself “Farzand-e-Pakistan”, though before that he used to call him “Farzand-e-Rawalpindi”, but then his ambition soured and he dreamed of becoming Prime Minister, but then didn’t make it further than first as an information minister and then as railway minister. To become a prime minister is one of the reasons that he turned his coat and joined PML-Q after winning the elections of 2002.

In his tenure as an MNA from his area his work mainly revolves around building and inaugurating girls colleges. The system of sewerage, clean water and other social things is as bad as anywhere in the country. Roads of Rawalpindi are now routinely choked, and there seems to be no planning. Just before elections he announced Lai Express Way, which will be built with whopping Rs. 20 Billion, and it would the most expensive project after the Islamabad-Lahore motorway with less ROI in the future. Residents of Rawalpindi know that and they are not much happy about that. This ‘white elephant’ of a project will demolish 1500 houses and thousands of voters of those houses are very angry with the Shiekh. Most of the businessmen of Rawalpindi are from Shiekh Biradari, and that is why they are sure to back Shiekh Rashid, no matter whatever the hell happens. 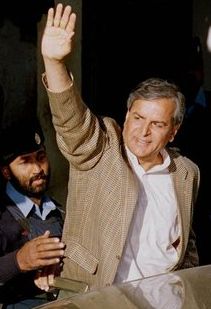 Javed Hashmi is from Multan, but not new for the Rawalpindi. Nawaz Sharif knows what it means and what it can achieve to beat Shiekh Rashid and that is why he has chosen his best man to contest him. Javed Hashmi is old buddy to the people of Rawalpindi. He had a good nexus with Mr. Ahmed in the early 1970s. While Javed Hashmi was President of Punjab University Students’ Union, Sheikh Rashid Ahmad was President of Gordon College Students’ Union. Hashmi, a popular student leader, used to get rousing welcome by students and people of Rawalpindi. Together, they led protest rallies against Zulfiqar Ali Bhutto in Rawalpindi.

But now the friends of yesterday have become foes of today and would be election rivals from different platforms.