For some time, citizens of Karachi had been hearing of families being robbed and women being raped by a man driving a white Corolla. Most people refused to believe such stories, since it seemed too far-fetched. Robberies by armed men are very common in the city, but no one could imagine robbers sexually assaulting women after looting them. But the robber rapist was arrested while committing a dacoity, and his confession has astounded police officers as well as the general public. What is surprising is that the man (Ali Mohammed Hajiano) is married to a doctor, and they have a son as well. 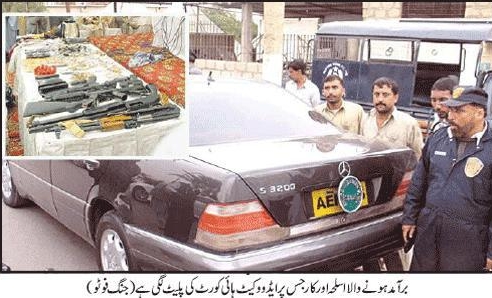 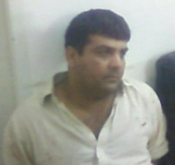 As widely reported in many newspapers, he was wanted in thirty two cases of dacoity, murder and sexual abuse (rape). His father is a retired Sindh government official, and as usually happens in such cases, he insists that his son is innocent, despite the accused man’s confession as well as his identification by some of his victims. The man committed the robberies and rapes in the posh Sea-View and DHA localities of Karachi, often targeting couples who were enjoying the cool sea breeze for which Karachi is well-known.

Some women organizations held demonstrations in the city, demanding exemplary punishment for the accused. However, he appears to be well-connected and although his bail application has been refused, his lawyers may be able to find loopholes in the case and he may be able to get away with a very light sentence (if not acquitted).

13 thoughts on “Rapist in a white Corolla”