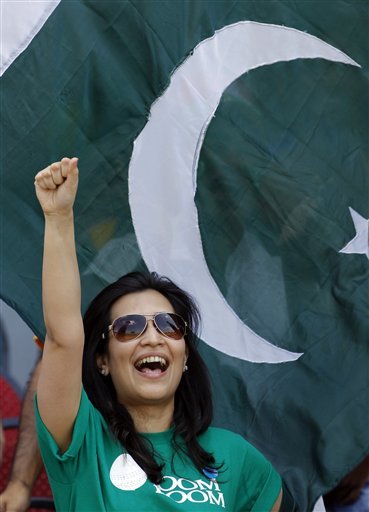 For me as a teen, 14th August was no more than a day when the night skies will change, with buildings decorated and fireworks going on around the city. It took a long while to finally understand what this day really meant and what are its implications.

This 14th August is more special than any other I could remember, as just a few months back we were fighting a war to save our very existence, against an evil enemy which was all out to disrupt our foundations. At the same time there was a flood of IDPâ€™s in the open skies, uncertain about there future and fate. But the sweetest memory came last night from the streets of a valley named Swat, where the locals poured in thousands to celebrate and salute the brave sons of this land, which came from every corner of Pakistan to liberate them, and in this task laid down their lives. They were out there to thank the people of Pakistan, for returning the joy of freedom back to their faces, for accommodating a flood of more than 3 million IDPs, and for their trust and faith in them.

Pakistanis are rightly dubbed as â€œunpredictableâ€, as they have shown in the last few months. We have conquered a mountain of difficulties, but we are well aware that still there is a long way to go.

We at Chowrangi dedicate this 14th August to the martyrs, Ghazis and the families of operation Rah-e-Rast, for their huge sacrifice. We dedicate this day to the volunteers, NGOs, Locals and Pakistan Army for their unmatched rehabilitation and relief efforts.

May Allah Bless the People & This Land of Pure.

9 thoughts on “Pakistan Independence Day: A 14th August Like Never Before”