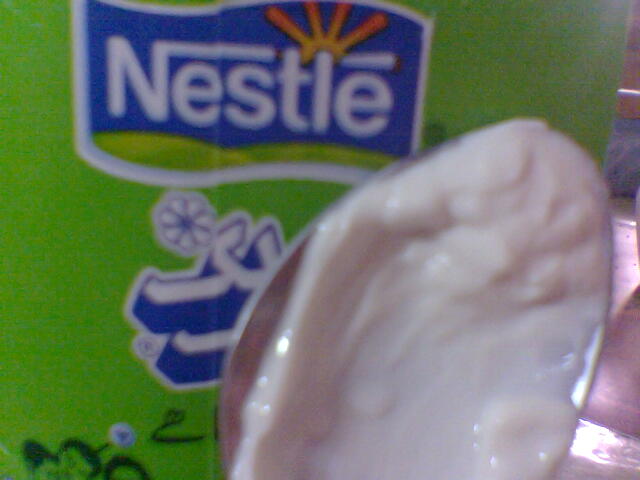 Nestle Milk Pack is being used at our homes for quite some time now. There were some issues using Haleeb milk due to its thickness and all. But this thing as seen in the image here has really forced me to write about it. Each time you open up the pack (1 litre seen here) and pour out all of the milk in some container you are bound to see this creme sort of layer at the bottom of the pack. Is it powder? creme or are we supposed to get liquid milk in these cartons / packs. I don’t think so that neither heat nor freezing causes this phenomenon.

With huge advertising budgets and campaigns claiming -“Milk Pack – Khalis hee sub kuch hai” What a contracdiction this is?

Here is another close up of the same.