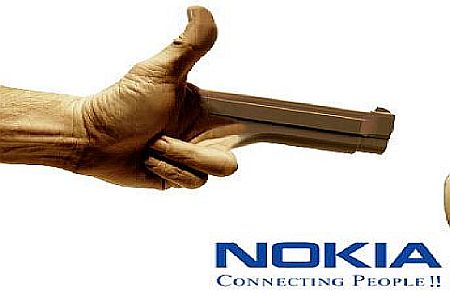 If you are a proud owner of any Nokia cell phone then it might bother you that most of the cell phones snatched last year ( almost 75%) were of the same brand. So keep a close eye on your dear one.

CPLC Citizens Police Liaison Committee has issued the report on Cell Phones thefts/snatching in Pakistan from February 2009 to January 2010. Overall the shocking figure was 81,945 out of which 36,377 have been reported in Karachi whereas 45568 have been reported in rest of the country. Gulshan-e-Iqbal inhabitants had suffered the most number of snatching in Karachi which is above 1700.

CPLC has compiled all the snatching and theft information data under four categories. Zone wise, town wise, color wise and Brand wise theft. Interestingly they have put in a lot of effort in this compilation but didn’t mention how many cell phones have been recovered? perhaps not a single one. Also the zone and town wise theft data can be used to increase police patrolling in particular effected area so that street crimes can be reduced but what is the use of brand and color wise gradation? How could it be helpful for controlling mobile phone theft?

Nothing can be done to recover you lost/stolen or snatched mobile phone unfortunately apart from blocking it. In order to get your stolen/snatched phone blocked you have to report its IMEI number to PTA or CPLC. You can get IMEI number of your phone by entering *#06# into any GSM based cell phone. Unfortunately it is not the definitive security but it will surely give a satisfaction that snatcher can not use the phone any more. Just as Ghalib said,