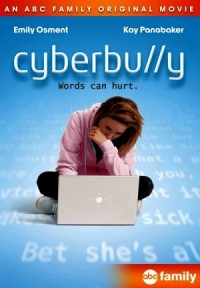 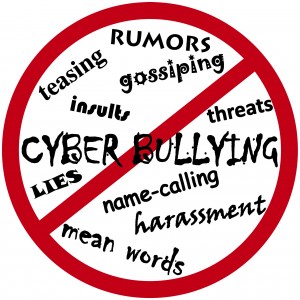 With the invent of technology, bullying has taken a new form, a very dangerous and life-threatening one, that of cyberbullying, and the worst part is that it is becoming more and more common these days. From the comfort of their homes, people can get online and destroy the life of another person by posting insulting and humiliate messages, derogatory texts, photoshopped images, commit identity theft, etc, and it has led countless youngsters into anxiety and depression, and many children have committed suicide. 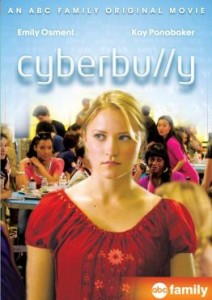 The perpetrators either indulge in the heinous crime of cyberbullying for fun or out of jealousy. The victims remain unaware of their tormentors, and in cases where they do find out, most do not tell their parents. This is where cyberbullying gets a change to raise its ugly head and the torment continues. Children who are being bullied online must inform their parents. Bullies are cowards who hide behind technology to inflict pain and harm on others.

A film has also been made on the issue, which shows how a girl is targeted by another after her account is hacked. It takes us on a journey of viciousness which knows no parallel, and dwells on the psyche of the female gender. The film comes in the wake of the suicide of Megan Meier, whose death was due to her friend who had created an account pretending to be a boy, and the rest is history. 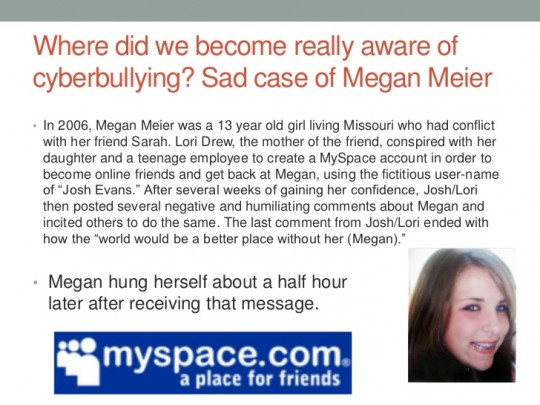 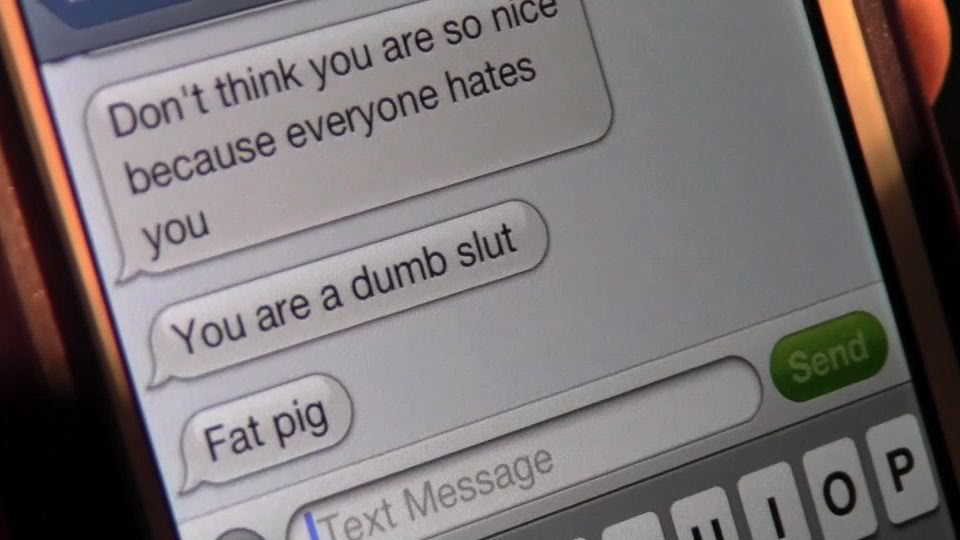 Girls are almost twice as likely as boys to be perpetrators and victims of cyber bullying. There are many reasons behind this, most of them due to the innate differences between boys and girls. Girl bullying often differs from that of boys because girls in general have different ways of interacting with one another. Boys tend to be more aggressive than girls and are often more involved in physical bullying. In general, boys tend to bully in physical ways while girls use emotional tactics. Girls tend to be sneakier and more covert in their bullying tactics, which may be why hiding behind a computer screen or a cell phone seems so appealing – No Bullying