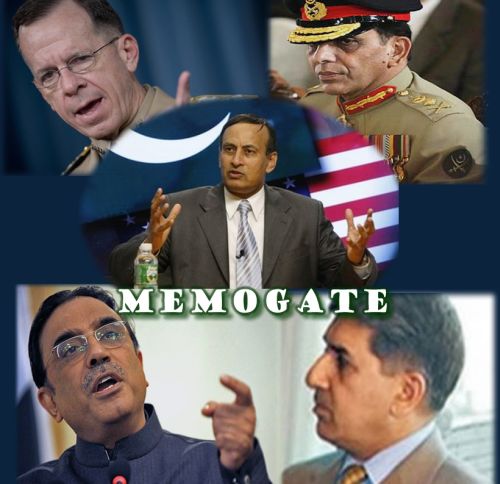 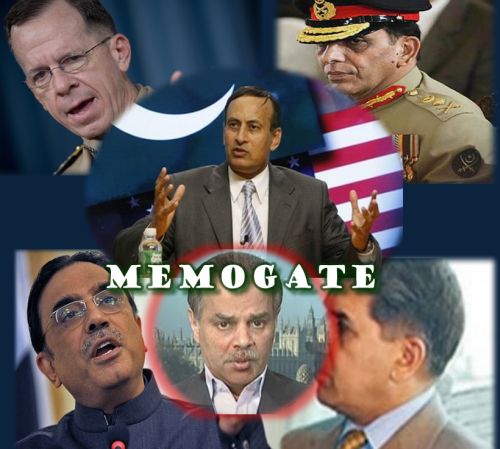 Itâ€™s what the wise always warned about, best kept secrets from spouse or the house are bound to expire, and so it did. But strangely itâ€™s not the secret itself but its architects who are being sought. Like a fuse attached to an explosive dump, the memo has ignited slowly but is undoubtedly travelling toward the larger catchâ€¦â€¦â€¦. BOOM!

I feel the only thing logical in this case has been ignored altogether, while every eye is looking for brain which drafted that single piece of paper or â€œmemoâ€. The memo is a thought, a mindset, an ever stretching gulf of should and shouldnâ€™t be between the most important institutions of Pakistan.

In the global orientation we live today, state remains the primary actor and all hand rise in its favor. But the point of discussion which always end in vague is the â€œstateâ€™s interest or simply national interestâ€. The phenomena has nothing to do with 1st world or the 3rd world as we confuse ourselves, nor it has something to do with the system of governance. In case you disagree, land yourself in down town Manhattan and ask US citizen about their boys fighting in Iraq and Afghanistan. Half will say itâ€™s in Uncle Sam national interest to fight 10,000 miles away to keep a threat away from mainland, while the rest of the half will argue that its all part of oil & war industry bonanza, where one group wants to reach for untapped reserves while the latter stakeholder wants to keep the boys fighting so that their dollars bills remain healthy.

The memo has more to do with this â€œdivideâ€, this clash of ideas or the suspicion of one working for and one against this entity called Pakistan. As per the facts or fabricated facts we have today, a back channel door was opened by the then Ambassador to US Mr Haqqani via Mr Mansoor Ijaz, believed to be someone very well wired with US and European administration and defense high ups. The memo reached its destination, Admiral Mullen and then we have is all silence until Mr Ejaz opens the Pandora box through an article published in Financial Times. The stage was all set, and the usual denials from the Ambassador as well as top office in Pakistan of President Zardari made it obvious that something was about to happen. As predicted, a barrage of information and conspiracies flooded front pages and media screen about BBM sms and voice call record, top spy chief Gen Pashaâ€™s trip to London, opposition all out war against team Zardari on this issue and finally, back to back â€œtroikaâ€ meetings between PM, the President and the Army Chief. A brave and outspoken Haqqani had to give in once the evidence was placed although accounts suggest that he resisted till the end, but itâ€™s clear that when boys in uniform move to this level, it is on solid grounds. His resignation has been translated into two possible aftershocks namely

a. The story starts from Haqqani and ends on â€¦â€¦â€¦â€¦. Even a 5th grader knows it well that an Ambassador in diplomatic terms is just an extension of what is back at home, and canâ€™t carry his own agenda on his own. In this case the resignation was the fuse holding back the spark from the explosives, and the rest is all yours to assume

b. The 2nd version is that their remains a larger picture than the one we have in hand right now. The signal has been given from top stake holder, of course from outside Pakistan that itâ€™s time for a change, no matter how it comes as part of a settlement bigger than what we are witnessing.

Earlier,Â  I pointed to the fact that memo itself is nothing in case its authentic, but itâ€™s the distinction of what remains our national interest and what is not that matter in the minds, planning and executing our future. To be precise, the debate goes back to 9/11 with Musharaff extending an extra hand to the US in their conquest for Bin Laden and the Taliban. It remains a fact that the General had hardly any choice to maneuver himself, so there wasnâ€™t a choice indeed. Once done, not Pakistanis but the Americans did the mistake of underestimating Afghan worth/ importance for Pakistan. Their bias policies ignited a renewed debate of redefining our interest but somehow it got ignored. Musharraf internal feuds landed him the title of â€œDouble Agentâ€ which in fact was his desperate alignment from there to our interest. Once he was out, the new democratic setup has also found it better to keep this question unanswered. Their inefficiency of the highest level is reflected in this memo, asking a foreign stick to maintain their existence in power corridor.

The memo did reach the destination, undoubtedly. From nowhere the â€œHaqqani Networkâ€ became the bone of contention, and above that Mullen a much trusted friend of Pakistani military leadership dropped â€œMullen Bombâ€ when linked Pakistan Army and ISI to the direct killings of US troops in Afghanistan via Haqqanis. The response from GHQ, the marathon command meetings and the rock hard stand of Kayani took American by surprise, with additional input from Beijing putting its weight behind Islamabad. So those who believe the memo was neglected by Admiral Mullen could go through those weeks of tensions between Islamabad and Washington.

The decision on memo hangs on this question. Is it a final push to align policies in a direction opposite to those followed from a decade or itâ€™s a start of an overhaul of the entire system. Most probably it will be the 1st. The divide between the nation and the holders of power corridor on Raymond Davis and May 2nd issue was enough to make every one understand except to those it mattered. US has already bowed down in Afghanistan by chasing every shadow of Taliban, to secure their exit.

The debate over this memo as a threat to democracy stands no ground, as its wise to replace democracy with government for the time being. This drama is not required to do all this. If they can break most secure channels of covert diplomacy, it wont be hard for them to aid in a few cases awaiting justice at Supreme Court. President Zardari should recognize his strength, which remains the masses. But from wikileaks till today, his impression remains the same that this slot to him and his party remains Uncle Samâ€™s blessing. Only a revert from this stance can play as his survival tool, nothing else as it seems for the time being.