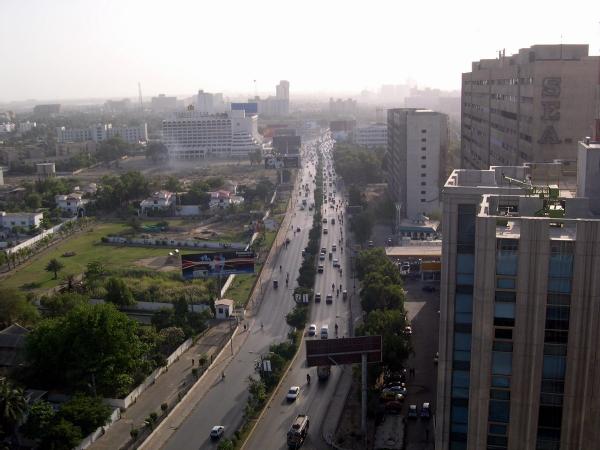 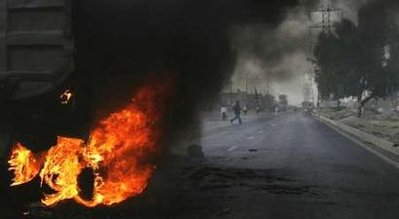 From the mid of April I have been listening common lines from many people.

Since 2007 this date in May has become a day of terror and uncertainty for the citizens of Karachi. We learn in our course books in primary classes that Karachi is the City of Lights and there was a poem “Roshnion ka shehar Karachi” which still I remember, but now days this material is gone from course books. Children of today know London bridge is falling down but they are not familiar with their own city. 12 May 2007 made my city a place not less than Hell.

I am unable to understand why nobody takes responsibility of it ?

Why still there is no clue that who was behind all that carnage?

From where did all those weapons came and suddenly disappeared?

And many other questions still have to be answered. It is now May 2009 and situation has become more or less similar. The sweeper of our area has been threatened to leave the area as he is a Pathan. Same is the case with my maid who is leaving Karachi because someone is saying her to take care of children as anything could happen to them. The Tandoor near my house was operated by some Pathans and it has been closed since 29 April 2009. The Rerhi Wala Pathan who come daily to sell corn and chick peas is also hiding. Are these are symbols of ethnic clash or a land mafia / drug mafia warfare as it is being portrayed?

Yesterday I was following program Capital Talk on Geo News. The topic was Peace in Karachi: A new challenge for Government. Senator Faisal Raza Abidi pointed a place of Karachi where 250 armed men are hiding. How dangerous it could be. Waseem Akhtar, MNA of MQM, said that Taliban is behind all this and there is no ethnic clash in Karachi. He further added that government should take measures for the peace of Karachi.

Now the question arises that PPP is in Sindh Government as well as MQM. Both are not taking responsibility but playing blame games. On the other hand most of the victims were Pathans as ANP is pointing out. In 2007, Waseem Akhtar was interior minister and he didn’t take responsibility of the situation now he is expecting that the PPP Government should take it. Zulfiqar Mirza The current interior minister said that as a human and minister he is responsible for peace in Karachi and he is ready to resign if anyone better than him is available for this post. How strange all this is.

Now, when it comes to take credit for the recent developments of Karachi, CDGK (City District Government Karachi) is always ready and they put hundreds of banners across the city thanking their Quaid Bhai. But whenever ethnic clashes or riots happen they are not there to accept.

Who is commanding Karachi ?
Who is the real owner of Karachi ?

The blood of all innocent people who became victim is asking,

2 thoughts on “May and My Karachi”