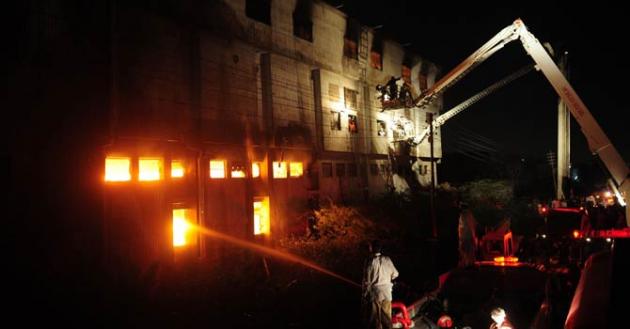 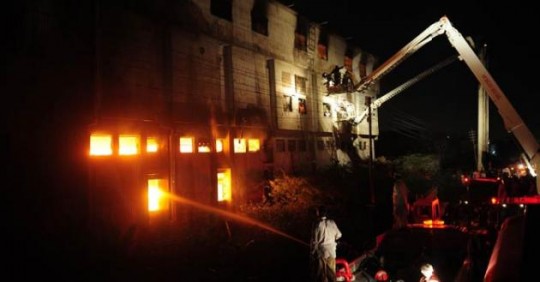 September 11, 2012 proved to be a devastating day for Karachites as horrendous fire engulfed a garment factory located in Baldia Town.

The ruthless fire claimed 289 precious lives so far while death toll may rise as some of the wounded may succumb to their injuries.

Quite a few workers of the factory were injured as they jumped out of windows of the four-storey building in a bid to save their lives.

It has been the worst inferno that the city has witnessed in decades probably that’s why being called 9/11 of Karachi too.

According to media reports more than 1,000 workers were present in the factory at the time of the fire. One report state that it was pay day for the laborers and all the four gates of the building were closed to prevent theft. Apparently all the emergency exits (if there were any as some media reports suggest they were not at all present) were also closed.

The cause of the incident is still not well known but as per the statement of production incharge of the factory, who managed to escape soon after the fire erupted, fire broke out at approximately 6:30PM when there was a blast in generator. It took few hours to spread throughout the building but sadly it did not let hundreds of workers to take breath again.

There are speculations that Shahid Bhaila, the owner of the factory, was under extortion threats and it could be sabotage.

Whatever the reason was, hundreds perish today who were the sole bread earners of their families. A Street of Orangi Town had 17 funerals at a time, a family lost its 6 members and a brother jumped into the fire to save his sisters & lost his life too. There were hundreds of grieved families still searching for their loved ones in hospital mortuary and there will be hundreds of Funerals in Karachi today.

Truly a black day in Karachi as the city is mourning not only for the loss of hundreds of lives but also for the criminal negligence of authorities.

An inquiry has been ordered by Sindh Industry and Commerce Minister Rauf Siddiqui while according to Roshan Shiekh, commissioner Karachi an investigation report of the incident would be completed within three days. Interior Minister Rehman Malik has also directed IG Sindh to investigate the incident and include the name of factory’s owner in the Exit Control List.

Chief Minister Sindh, Syed Qaim Ali Shah has announced Rs300,000 compensation for the families of the victims and Rs50,000 to those who were injured.The Chief Justice of the Sindh High Court (SHC) Mushir Alam has taken notice of the issue while Justice (retired) Zahid Qurban Alvi has also been appointed to investigate.

Fire Alrams, emergency exits, workplace safety, Fire safety drill; all of these terms are still not implemented in factories of Pakistan. Whoever is responsible for this negligence should be penalized rather than blaming only the owner of the factory.