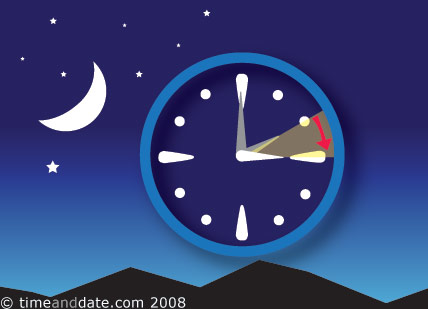 While there are mixed opinions on the benefits of daylight saving time, there’s undeniable evidence that it can have a notable impact on your health. Wall Street Journal reports that daylight saving also wastes energy.

But I am restricting myself towards health impacts only.

Human body is in a regular rhythm of sleeping and awakening by sunrise and sunset. This 24 hour cycle which repeats itself daily is called “Circadian Rhythm”. Human body has to function under the effects of various chemicals within the body called “Hormones”, which are triggered by stimulus like light and darkness. Artificial light can not be an alternate for it.

“Normally our body clock adjusts to the seasons of the sun. What we find at daylight saving time is that this exact adjustment is being interrupted. The body’s annual rhythms are going down the drain,” said Till Roenneberg, Professor of Chronobiology, whose findings are published in the scientific journal Current Biology.

“This means the body’s biological systems can’t adjust to things such as climate changes and parasites, so it’s possible that we are more likely to get diseases.”

A regular sleep schedule is also important for health. Otherwise people may suffer from disorders like Somnipathy.

“A sleep disorder (somnipathy) is a medical disorder of the sleep patterns of a person or animal. Some sleep disorders are serious enough to interfere with normal physical, mental and emotional functioning.” (wikipedia)

An extra hour is also an issue. People tend to be lazy that day as they have an extra hour. Some people are resilient and can handle the one hour shift in their sleep schedule without much issue. However, by going to bed an hour earlier than normal, other people will just lay in bed without being able to fall asleep. They may end up getting even less sleep than if they went to bed according to their normal rhythm and woke up an hour earlier due to the adjusted daylight saving time.

“By winding the clocks forward are bodies are expected to react to the environment when it is less prepared,” said Russell Foster, Professor of Circadian Neuroscience at the University of Oxford in England. “The body and therefore the immune system are not yet fully functioning.”

Almost all of us are alarm clock slaves. We couldn’t get up without it. The natural way of getting up is with sunlight which is not allowed to reach within bedroom, making us dependent on alarm. Most of the people in my contacts use to have clocks with 20 to 30 minutes ahead. They rang before the time and they can have a nap without wasting time than.

Probably we are having some benefits other than health from Daylight Savings Time, that’s why We are the only country in South Asia to observe DST.

1 thought on “Impact of Daylight Saving Time on Human Health”