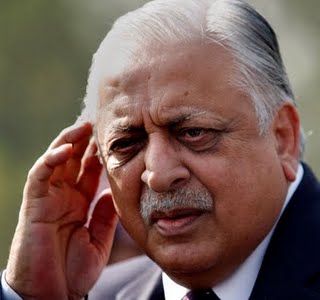 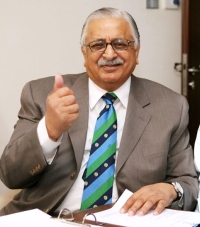 In how many ways can a sane, educated person, with a very basic knowledge of English, interpret the following statements:

“I don’t see our players or teams taking part in the Champions League this year.”

“Our future participation in the IPL and Champions League remains undecided but this year atleast we are not taking part in either event.”

The PCB Chairman, Ijaz Butt, is apparently under the impression that the digital age is still a few decades away, and that allows him to refute any statement that he made only 3 months ago. His latest statement is,

“I did not say that our domestic teams would not go to the Champions League. Why would I deprive them of that opportunity? My comments were misinterpreted.”

Well Mr. Butt, only you can answer as to why did you deprive your teams of the opportunity to compete in the most lucrative, competitive and elite global club tournament in cricket. And I would love to hear a different commonsensical interpretation of your statements made in Feb 2010.

The PCB, over the last few years, has axed and changed Selectors, Players, Captains, Coaches, Managers and the lot at such a rate that it is difficult to keep count. It’s about time the country gets rid of the PCB Chairman who has done great harm to the image of Pakistan within the cricketing world.

Look at the ways in which Mr. Butt has made a mockery of Pakistan cricket:

Don’t even start counting the Players, Coaches and Captains.

The Sri Lankan cricket team, after being promised Presidential Level Security is left for the dogs on the cross-roads of Lahore, thanks to organizationalÂ  negligence. Now, which president would have been treated that way?

Butt’s infamous claim after the attack on SL team that international teams will be back in Pak within 6 months. Going by the current scenario, that doesn’t seem to happen even within the next 6 years.

Farcical Handling of dispute over WC 2011

Thanks to the last 2 points, he won $18 Million for Pak but lost the 2 last remaining friends in the cricketing world (SLC & BCCI).

Mockery of Bans, Fines and Punishments

PHEW!!!…Hard to believe that the people of Pakistan are bind to all this.

1 thought on “Ijaz Butt and the Mockery of Pakistan Cricket”