Gulf Information Technology Exhibition (GITEX) is the largest IT exhibition of the GCC and MENA. Every year thousands of exhibitors and visitors attend Gitex to network, do business, and learn about the latest IT trends and cutting age hardware and software solutions. Gitex has two parts, the Technology section, more of a B2B event, is organized at Dubai International Exhibition and Convention Centre (Trade Centre). The second part is called Gitex Shoppers where electronic consumer goods are sold. This event is organized at Dubai Airport Expo.

Gitex 2011 had emphasis on Cloud Technology. The hardware section covered Telecom, Telephony, Card based Solutions, Projectors etc. Due to overwhelming number of participants in the hardware section, software solutions and national pavilions were shifted to the other hall (that was used last year to host UAE government stands). 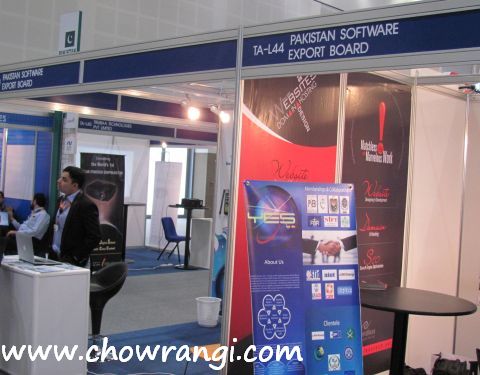 Pakistan had a tiny presence at Gitex with handful of companies, under the patronage of PSEB, at the Software section and only one company (probably arriving independently) at the hardware section. It is very disappointing to note that Turkey and Lebanon had larger representation than us. Wonder why PSEB is unable to take a larger bunch of Pakistani solution providers to the Gitex? Failing that, it should at least have produced a portfolio directory of its member organizations and distributed that at the Gitex. 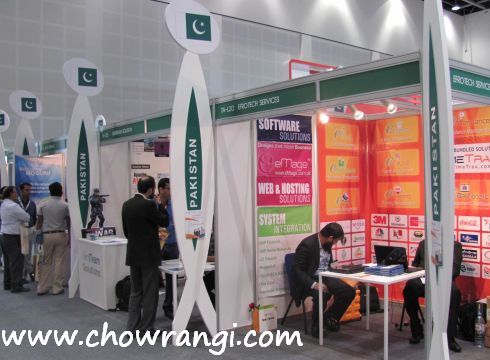 The software exhibitors from Pakistan included VeritySolutions, a subsidiary of Access Group, EfroTech etc. TRG was also present there. I have heard about Kalsoft being present at Microsoft pavilion but was unable to trace them out.

In the hardware section, a company called Secure Tech Consultancy was offering some security solutions. They were from Islamabad and had Pakistan Army in their client list.

Although Gitex is a trade show and meant for trade visitors and professionals, there were lots of scavengers who paid a day’s ticket (Dirhams 70) to hunt for free stuff, which was plenty ranging from bags, coffee mugs, stationary to USB Disks by Cisco and Norton Antivirus by Symantec. Mostly Indians were busy in collecting stuff from the exhibition stands, that so because there were very few visitors from Pakistan.