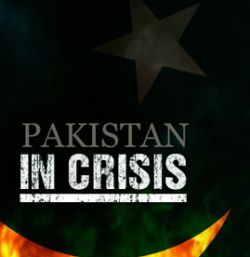 The political scenario of Pakistan has never been a segment, one can be proud of. From 63 years, a mixture of greed for power and wealth, self centric goals and motivations have rattled the very foundation of this nation.

One shouldn’t solely put the blame on our political pundits and king makers. Over all, we 180 million in all have very efficiently played the role of a sheep pack, guided by the power of stick and sometime by our own assessments of easy grazing fields.

So, in short, we have transformed ourselves perfectly to the Shakespeare vision of â€œ thisÂ country being the theater and we all mere actorsâ€.Â  The change has been of script, some time written by directors in uniform while on other occasions this task was delivered by lords without uniform. Over and above, the theme has remained the sameâ€¦â€¦â€¦.rule of the few benefiting the few.

The political atmosphere of Pakistan has heated once again, and like 3 years in a row one can hear distant cries of â€œchange, revolution, sovereigntyâ€ striking our ears. PPP has been side tracked by the Nawaz league, and in return PPP is all geared up to rise up to the challenge. Politics is a dirty game we have heard it all over, but it seems that the holders of power corridor want to take it to a new height.

Every time Mr Zardari and his team have landed up in hot waters, one gets a feeling that ethnic card or precisely Sindh card gets into action. I am sure that this will be the case if some one else holds this office and has his/ her roots specifically in a certain region/ province but the implication this has is out of anyoneâ€™s imagination. We have been through the nightmare of 1971, and the humiliation attached with it but somehow the political leadership has banned the entry of maturity and responsibility into their surrounding areas.

Sindh Interior Minister was seen enforcing his writ on the province by threatening to burn down every Nawaz league office in case PPP gets separated from power in Punjab. Unfortunately, while addressing his supporters in a highly charged atmosphere, Mr Mirza forgot that his core task remains ensuring security in the province for every soul for which he gets paid. The performance in term of security is not hidden from anyone (streets of Karachi reflecting Rio De Jeneiro), but politics will be played to the edge no matter what the outcome may be. Mr Malik was quotedÂ  last evening giving his thumbs up to the MQM entry into Punjab, and sharing his visionary political thought of MQM vision getting huge endorsement in Lahore especially.

In short, wasn’t it simply that you send us home from Punjab, we have our ally ready to rock you in the centre of your power base. Mr Malik, with all his vision never visited areas like Turbat or Gwadar where such visionaries are immediately wanted. This unification and liberal philosophy must be extended to the areas of Balochistan, where for years National anthem hasnâ€™t played nor could the Pakistani flag be hoisted on 14th August. Baluchistan has been turned into a â€œcut throat islandâ€ by irresponsible policies of our previous leadership. Systematic ethnic cleansing has taken place in every nook and corner of Balochistan but I never heard Mr Malik, our interior minister addressing this grave concern their.

This preview was to give you some idea that the policies of those in power, and those aspiring for power have taken us into the era of early 18th century, where fortified towns and cities guaranteed your security. Mankind has evolved significantly during this era but its strange that the vision and action of our politicians havenâ€™t moved an inch. One who wants to be a leader can follow this prevailing path, but those who want to make a change and imprint their name into history books have to take a stand. The leadership we need for our Pakistan should be above this ethnic divide, a true national unity setup having roots in every corner of Pakistan. The constitution and its enforcing branch i.e. judiciary must come forward to address this concern, threatening national stability. The political parties, well its hard to expect anything from them must make it the founding stone of their manifesto that above any region or ethnic group, Pakistan is the first concern.

Last night incidentally I came across the status of textile industry of Faisalabad. One of the highest earning and tax submitting industry of Pakistan, just in an year or so it has been reduced to nothing. Systematic victimization under load shedding management program has dropped the output to 50%, while down sizing has been much severe than this. Repeated hue and cry has resulted in renewed promises, but in the end itâ€™s the workers and capitalist attached with this industry forced into committing suicide. Can someone please tell me why this industry has exclusively suffered most severely in Pakistan?? In case they have suffered due to some unexplained reason what were the steps taken to address this issue?? If not is it done to uproot this industry from this region of a specific province for ever or it is to give wild card to the industry in India to conquer world market once and for all??.. No matter how you translate this sad episode its criminal negligence all along.

Gwadar port project seems to be in graveyard as years have passed but its operation hasnâ€™t started. Some time under the context of slowdown on behalf of Singaporean company while on the other hand blaming security situation, the present democratic setup has very carefully denied a whole province its right to growth, and its implication will be revealed as the time pass. In all, this ethnic flames can be seen from far awayâ€¦â€¦â€¦â€¦. where we 180 million natives are scratching our heads in amazement, I am sure many forces are witnessing it as their proud achievement in dismantling us, once and for all.