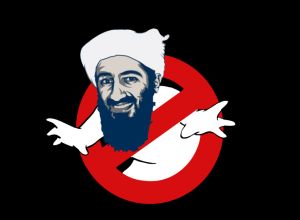 With Osama Bin Laden reportedly dead, it does not really matter whether or not United States took Government of Pakistan or its institutions into confidence before the alleged operation.

However, the question of moment is that whether those on ground were aware of Bin Laden’s presence before a team of US Navy Seals wrecked the OBL “mansion”?

After President Obama’s announcement that America has got her most wanted man, the world eagerly awaited for a response from Pakistan. All they got was a meek congratulatory statement.

On the very day Obama Bin Laden was killed, President and Prime Minister were seen smiling and congratulating the PML-Q ministers after the oath taking at President House. Later, the Prime Minister left for a tour of France and President is now leaving for Kuwait and Russia. No statements were issued from Defence or Interior Ministry and Parliament or its Defence Committee did not bother to call a session to discuss the developments.

As the civil government played dumb, and rightly so because they can’t dare something that may irritate the GHQ, world focus shifted to Pakistani Army and its intelligence agencies.

However, in absence of any clear cut statement from the ISPR, number of conspiracy theories were formulated regarding the role of Pakistan’s Army and its Intelligence Agencies in the death of Bin Laden.

One theory is that Pakistani authorities were well aware of the operation against Bin Laden and they played along considering the gains it may bring for their US friends (face saving and another term for Obama, possibly graceful exit from Afghanistan etc), which can also have a trickle down effect for them.

As Robert Fisk wrote in Independent, “Was he betrayed? Of course. Pakistan knew Bin Laden’s hiding place all along,“.

Another hypothesis, which is very bleak and depressing for Pakistan, is that the US administration was right all along when it accused Pakistani authorities (or certain elements within) of knowing the hideout of Bin Laden. If this was correct and the fact that US now executed the operation without taking Pakistan on board, this means that the CIA was finally able to break through the inner circle of ISI. Even the mere thought of this is spine chilling as the implications could be very devastating.

Yesterday, the Corps Commander met and declared the Bin Laden incident as an intelligence failure. Thats an interesting connotation because as per Foreign Secretary Salman Bashir, every act of terrorism is an intelligence failure. Hence, if they are going to set up an inquiry in the OBL case, they have to do so for every terrorism act happened in Pakistan at least since 2001.

Today, the people of Pakistan are depressed and demoralized. They feel cheated and humiliated by the establishment. We are first dragged into a war that was not ours at all. We were made to believe it was our War on Terror. In last 10 years, thousands of civilians were killed in urban areas by the blasts and in tribal areas by the drones. It seems that we will continue to pay the price with our lives while the establishment will reap the benefits in the form of foreign aid, commissions and kickbacks.

The ruling establishment of Pakistan is totally indifferent to the public, who is taxed and billed so that Military Inc., and its puppet democracy, sustain and thrive. We are just numbers to them, recorded as casualties of the drone attacks, suicide blasts or intelligence failure.

However, this is going to change soon. Apparently, the playing field where the Generals of Pakistan Army were so sure of winning has turned into a quagmire. The rules of game are now being rewritten and as we reach the End Game, we find ourself staring into the abyss.