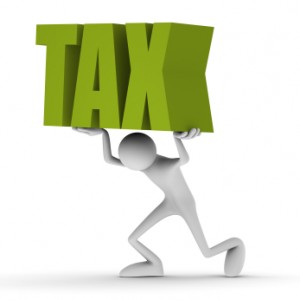 Another day arrives with yet another misery. Undoubtedly, Pakistan is one place where political dramas are not made, rather they are invented. Few weeks back, UN came up with its discovery regarding price inflation in Pakistan. In their assessment, it was revealed that ordinary Pakistani in the last few years has been forced to borrow money, in order to feed himself. The report was considered an attack on Pakistan’s dignity by our respected leaders holding power corridors, and those “Yes Sir” that we always see praising and defending them on media for God knows what.

Of course those in power in Islamabad were damn right for reacting to the said report, exposing us as beggars not externally but internally as well. I mean, if an unmanned drone operated by a foreign force, following God knows whose objective is accepted, do you believe our executive will allow you attack our sovereignty by printing out reports against them????? No, not at all.

Mr President and the honorable “league of extra ordinary gentlemen and women”, I endorse your version with a firm heart, and I am sure the 180 million herd of sheep will agree with me that UN has been sponsored by “ PML-N &  certain media group” to publish this baseless report, and I feel judiciary and CJ for sure has played a part…… am I right sir?????.  Not to miss the conspiracy hatched by anti Pakistan elements inside and outside by chartering “corruption statistics” through Amnesty International. I am sure FIA under its able leadership worked day and night to unearth this conspiracy. How bias were the representatives of AI for not interviewing ordinary Pakistani. They would have given them a clear version of the social justice, subsidies, concessions and relief granted by your kind administration to us… highly non professional research and journalism by them.

Not to miss, the way our Ministry of Finance keeps an eye on global market has raised us to the ranks of top economies in just a short span of three years. Their future vision on oil prices has truly inspired millions across Pakistan, and on 31st March they have blessed us again with a “petrol bomb”. I am so inspired by Mr. Hafeez Sheikh vision of “Oil does everything”. Instead of going around fixing prices of every Tom, Dick and Harry every day article, just raise the price of oil every alternate week and rest will settle itself automatically. From GST to RGST and so on, you have done the right thing by saving effort as well as time. I am sure parliament and the parliamentarians would have wasted the time of this nation by debating, drafting and approving legislation regarding taxation. So rightly at the right time, Mr President has blessed us with “Ordinances” to overcome this misery.

Regarding the political scenario in Pakistan, the trend of “democracy” after 2008 has surpassed everyone’s expectation. It seems that the leadership, from treasury benches to opposition have “reconciled” for ultimate destruction, or I should revert back on my statement by saying “Grand National Reconciliation”. It seems that every force, whether in uniform or without is clear about their actions, except our media and 180million Pakistanis, who are seen asking the same question………..”Why”. How immature of us. We failed to appreciate our leadership, both provincial and national international diplomatic vision by releasing Mr Raymond Davis. I again endorse the version that Raymond is a diplomat who has done nothing, except espionage and for such a petty crime why should we spoil our relations with America…………absolutely sir.

As far as our “Official Opposition” is concerned, well Mr Sharif, both senior and junior went a step further by holding bilateral talks in London, as everything is sailing smooth in Pakistan. The judiciary is all to blame, because like in every case its them who order their release, and for that they must be held accountable. Pakistan has invented another theory as well, in short termed as “Judicial-Political” theory. Whenever it suites you, our visionary politicians can accept the wrath of police, lead long Marches and claim credit for the restoration of “Judicial System ” of Pakistan, and when its moving anti-clockwise we can have judges termed as traitors, provincial strikes against their decisions and state institutions used as “personal domain” for blocking  justice………incredible isn’t it.

But this is in no way end of this story. The next theory inline for judiciary is “Judge-Chasing” theory. The main features of this doctrine is that boys in uniform and other agencies have their task of catching culprits, terrorists and thieves of public money exclusively, and once they are produced in front of the magistrate/ judges, then starts the real episode. The judges, being part of the “x-man gang” are responsible for gathering evidences, protecting witnesses and unearthing leads. This is how our executives have redefined duties. Questions are asked so often regarding the release of accused from courts in notable cases. So from now on be clear about the duties of the judiciary, and remember that FIA and Pakistan Police are performing “VVIP” tasks. Last but not the least, reaffirming their commitment of not wasting energy as well as humility, the government, provincial or federal has decided not to appeal or reopen cases concerning state interests and matters, as it will stretch security institutions busy in other work, except the one designated to them.

What? I heard someone committed suicide dejected and disappointed from his state………terrible. Couldn’t he wait for B.I.S.P team to change his destiny? Don’t he have any trust on the perfectionism of our leadership?………..See, this is why I say that we 180 million souls have no vision, no appreciation or patience. We should be proud of the biggest dependency, apologies support program in the world. Those were fools who built industries, provided technical training and skill to their masses. The real vision is of making them immune to dependency, again apologies support for life time.

Now I am relieved, relaxed and optimistic about the future of my land. The message to every other soul out there is the same, calm down every thing is moving in the right direction, we all are in safe hands just like Pakistan, and democracy is all we should celebrate………….

2 thoughts on “Dear President… How Long Before Breathing Tax?”