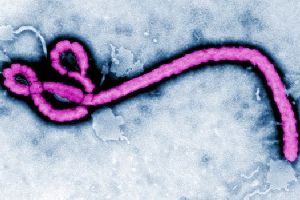 The terrifying hemorrhagic fever known as Ebola virus, or one of its relatives, seems to have made its way into Asia, specifically Bangladesh.

Ebola, officially known as Ebola hemorrhagic fever, is a severe disease caused by the Ebola virus that was first recognized in Africa in 1976.

Early symptoms can include fever, headache, joint and muscle aches, sore throat and weakness, followed by diarrhea, vomiting and stomach pain, according to the Centers for Disease Control and Prevention. In some cases, the disease causes rashes, red eyes, hiccups and internal and external bleeding.

Humans are not the natural hosts of the Ebola virus, and it’s believed that the first person in any outbreak became infected through contact with an infected animal. Animals that are reported to have spread disease to humans include chimpanzees, gorillas, forest antelopes and cynomolgus monkeys, according to the World Health Organization.

Once one person has become infected, the disease can spread from person to person through contact with the blood, saliva, mucus or other secretions. In the countries where Ebola has occurred, the disease is frequently spread in health care settings to workers who have had contact with patients and do not wear protective clothing or masks. Re-use of contaminated needles can also spread the disease.

Researchers still do not know where Ebola naturally resides. Studies have shown bats can be infected with the virus and survive without symptoms of disease, according to the WHO. Some have speculated bats play a role in maintaining the virus in nature.

Since Ebola was discovered,about 1,850 cases and more than 1,200 deaths have been reported, according to the WHO.

Ebola Zaire, the deadly version of the virus, was previously only known to exist in Africa, where it was discovered in 1976. In 2012, an outbreak killed dozens of people in Africa.

Related, less dangerous, strains of Ebola-related virsues have been seen in monkeys in other areas of the world. Ebola Reston was found in monkeys in labs around the world, but has never casued a human disease.

The Zaire strain of the disease is often fatal (up to 80 percent of infected people die) and can be extremely infectious. Other Ebola-related diseases and subtypes are less lethal, but still dangerous.

The new study, published in the February 2013 issue of the CDC journal Emerging Infectious Diseases and conduced by the EcoHealth Alliance, indicates that bats in Bangladesh could be an animal reservoir for the disease. There haven’t been any reported cases of Ebola in the country, but this means there is potential.

Between April 2012 and March 2011, researchers tested several species of bats for antibodies to Ebola-related viruses (evidence the virus had infected the bats and caused an immune reaction). They found anti-Ebola antibodies in 5 of the 276 bats (3.5 percent) they tested from the region. The antibodies they found were specifically a reaction to Ebola Zaire, the most dangerous of the viral strains.

This is the first time they’ve seen antibodies to Ebola in the area, but it’s also the first screen for them. We don’t know if they’ve always been in the area or if the virus is spreading.

What the researchers can say, though, is that this evidence extends the known range of the Zaire Ebola virus to mainland Asia. This could have important consequences for human health, they write. Authorities in Asia should be on the lookout for hemorrhagic fevers that could be Ebola, or related to Ebola.