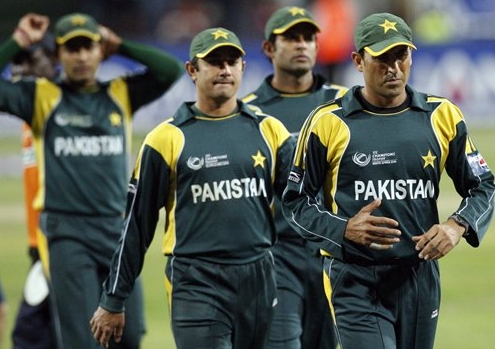 Chairman of the National Assembly Standing Committee on Sports MNA Jamshed Dasti accused the Pakistan cricket players of being involved in match-fixing following their defeat to New Zealand in the semi-finals of ICC Champions Trophy 2009. He has called it a deliberate crush and has demanded an explanation from Pakistan team coach, captain and chairman of the Pakistan Cricket Board.

Mr. Dasti claimed in a television interview that Pakistan lost to Australia to knock traditional rivals India out of tournament in South Africa. Australia won by two wickets by running a bye on the final ball of the closing Group A tie on September 30 against Pakistan, which ensured they reached the semifinals and ended India’s hopes.Younis Khan then dropped a simple catch as Pakistan lost to New Zealand by five wickets in semifinal. The allegations have been dismissed by Pakistan as well as the former Indian Test captain Bishen Singh Bedi as reported by BBC.

“There are lots of doubts on the performance of the team and we feel it has to be cleared by the PCB officials and the team management. The way we lost in the semifinal, it has left the whole nation disappointed and the PCB has to give answers.” Jamshed Dasti said.

Pakistan’s cricket chiefs and the national team have come under constant criticism from parliamentary committees in the past but so far nothing has happened on the recommendations of those committees. Earlier this year, Senate’s standing committee on sports recommended for the removal of Ijaz Butt as PCB chief and asked the government to appoint a competent person for the job. However, that advice went unheeded by the Board’s chief patron, President Asif Ali Zardari.

PCB officials are instead blaming poor umpiring for the team’s defeat against New Zealand. Some crucial decisions did go against Pakistan in the match and the team management and some Board officials believe it was the reason behind Pakistan’s defeat in the semifinals.

Former captain Rashid Latif criticized Dasti for making serious allegations without backing them up with proof.

“I was one of those who first raised the issue of match fixing in international cricket, so I know what I am talking about. I can say the team did its best and played hard in the tournament — a few mistakes cost them a place in the final,” Latif told Express Cricket.

Surprisingly Gautam Gambhir came out in support of the Pakistan players and said it is wrong to blame cricketers of match fixing if they end up on the losing side.

“That’s the kind of expectation people have in the sub-continent, whether it’s India, Pakistan or Sri Lanka. They expect you to win each and every game whenever you walk out but it is not. People have to be more realistic. There will be time when things would not go our way and people need to still support the players,”