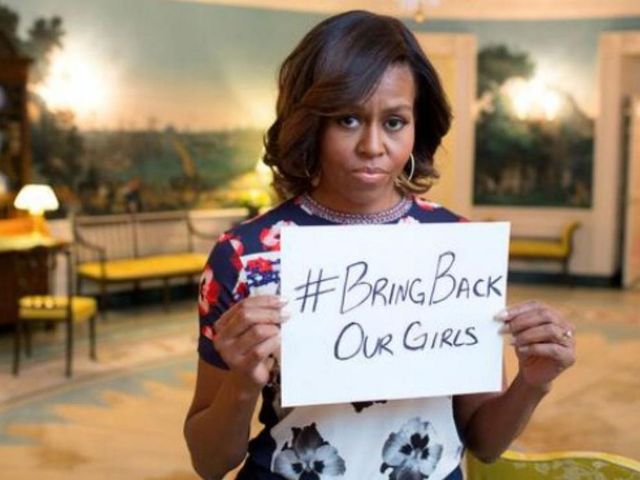 After Michelle Obama’s mugshot went viral (as expected), people started to share their reaction in the form of parodies of the picture – expressing their sarcasm and anger on the role of Mrs. Obama’s husband in the war waged by America on countries thousands of miles away from its borders. 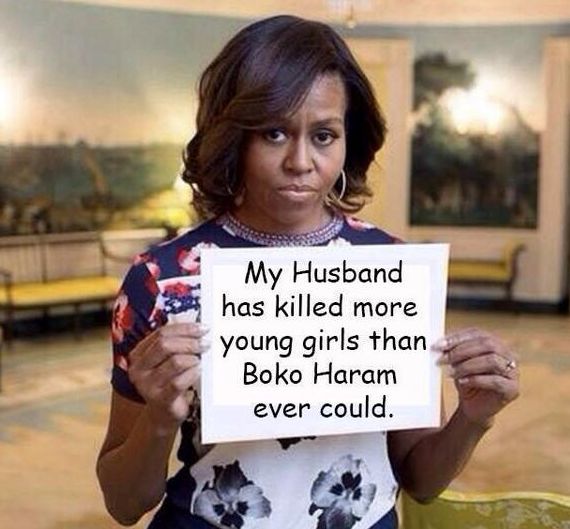 [Tweet “My Husband has killed more young girls than Boko Haram ever could. #BringBackOurGirls”] 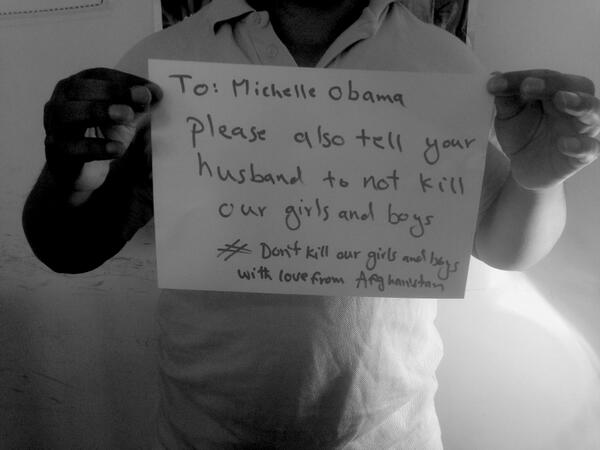