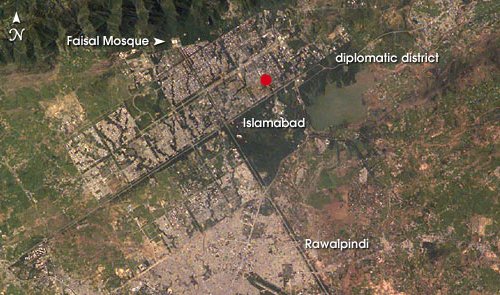 Violence surged dramatically in the region of Swat, especially in the town of Matta and the nearby areas. In the Swat region, people were unable to protect themselves against couple of suicide attacks and a roadside bomb which together killed 44 people and wounded more than 100. In the Dera Ismail Khan, another city of NWFP, which border the tribal areas, a suicide bomber killed at least 30 people and wounded many at the police training center.

In an another alarming event, the local Taliban in Northern Waziristan, a remote area on the Afghan border, terminated the 10-months old treaty with government, as Abdullah Farhad, Taliban’s spokesman accused government of failing to abide by the agreement which said the withdrawal of troops and compensations.

This is a very grave and testing juncture for the nation. A countrywide honest effort is required to promote harmony, awareness and peace. Force is not the solution of every problem. Authorities should try to resolve the root cause. Instead of cracking down on every village and town of tribal and other areas, authorities must try to engage the people in common and candid dialogue. These are our own brothers and sisters. These are the citizens of this country. They have equal rights on the things and their demands should be heard and fulfilled accordingly. Nobody wants suicide bombings and blasts and the people who are being killed are innocent citizens of this country. This isn’t benefiting anyone except the forces of evil, which are already trying to find any excuses to wipe us out from the map of planet.

Peace should be the front line slogan everywhere.