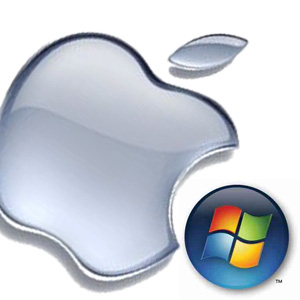 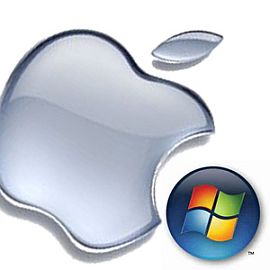 Apple, the maker of stylish iPods, iPhones and iPads, has pushed past arch-rival Microsoft, the computer software giant, to become the worldâ€™s most valuable technology company this week based on market worth. It has been the latest milestone in the renaissance of the maker of the iPods, ready to shock the world with its iPad tablet computer & the next generation of the iPhone. Appleâ€™s rise to the top of the heap cements the reputation of Mr. Steve Jobs, who once operated in the shadow of Microsoftâ€™s co-founder, Bill Gates.

Just a million iPads trumped a billion PCs. Shares of Apple are worth more than 10 times what they were 10 years ago while Microsoft stock is down 20 percent from 10 years ago quite a shock I suppose. Over all, the technology industry sold about 172 million smart phones last year, compared with 306 million PCs, but smart phone sales grew at a pace five times faster.

The total value of Apple is currently $222bn (Â£154bn) while Microsoft is valued by investors at $219bn, according to Reuterâ€™s data. The last time apple was ahead of Microsoft was way back in 1989 but it looses its business in 90â€™s. Appleâ€™s growth is partly owing to the launch of the stylish iPod in 2001. Finger swipe of the screen has taken place of click-clack of the keyboards & people are becoming gadget addicts.

Microsoft, with its Windows and Office software, has dominated the tech market for almost two decades, and is still leading in sales. Microsoft is a hugely powerful and profitable company still in the tech world. Its Windows software runs 9 out of every 10 computers, while more than 500 million people use its Office software daily. To compare the two company’s financial performance, Microsoft had $14.6 billion in profit on $58.4 billion in sales in fiscal 2009. Apple had a profit of $5.7 billion on $36.5 billion in sales in fiscal 2009.

The drop in Microsoft’s stock comes after the news that two video-game veterans are leaving the company. Robbie Bach, president of the Entertainment and Devices division, is retiring, and J Allard, a senior vice president in the division, is leaving but will remain a consultant for Chief Executive Steve Ballmer.

One can say that Apple is in the right place at the right time. Now the encounter has shifted from Microsoft Vs Apple to Apple Vs Google.