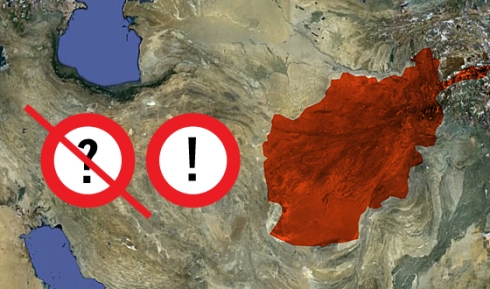 The pace of events in the last two months have some how over shadowed the whole episode of US led invasion of Afghanistan under the banner of global “War on Terror”. Observers in this decade long conflict have found it absolutely impossible to predict where the winds will blow in the coming future. And there is a good reason to understand why they have opted for such an approach. The smoke from the destroyed “twin towers” was yet to vanish when every one in the region woke up to the B-52 led carpet bombing in the barren plains of Afghanistan, along with mighty “daisy cutters” ripping through the remote caves of Tora Bora and other passes.

Soon we had a battalion of “conspiracy theories” floating in every direction, from 9/11 being a MOSAD sponsored inside job to Bin Laden an American invention to make its gateway into the Central Asian energy reserves. If this is not enough, there were many others too which centered around Pakistan nuclear programme or a check on Chinese ever increasing grip on this strategic region. Keeping this sugar and spice in mind, I must comment that within this battalion the original villain (and heroes to some) including Taliban and AL Qaeda took the back stage for most of the time. Whether it was the second battle field of Iraq that diverted the attention or Ahmedi Nejad’s Iran nuclear saga……the bone of contention somehow disappeared behind a smoke screen.

Al Qaeda is still seen as a threat, but with Osama bin Laden almost dead, (no active role is also sometime referred to as being dead) it looked as if only the Taliban under the mysterious Mullah Omar held the key to Afghanistan. This dilemma also gained strength when out of the blue Taliban started regrouping and soon US jurisdiction was limited to Kabul alone. This was 2005, and precisely the time when all around Musharraf and ISI were seen as the “double agent”, which in simple terms meant that Pakistanis were more worried about Afghanistan after US rather than under US, and at any cost wanted Kabul to be Pakistan friendly. On the other hand Pakistan was complaining time and time again regarding the dubious role Indian were playing in Afghanistan through their notorious consulates along the Pakistani border.

The good Taliban soon turned evil on this side of the border under its new Chief Baitullah, turning the tide against Pakistan. In less than a year the main theater of war turned from Afghanistan to Pakistan, with the latter turning into a shooting gallery where “PREDATOR” fired missiles rained from the top while human bombs “suicide bombings” played havoc on the ground. With Obama in the White House under the context of endind the “wars” of Iraq and Afghanistan, a realization emerged in the corridors of power in the West that it was no more a war between the strongest military” US” and the wild “Taliban”, but rather two spies agencies have made it their area for proxy war, and these two spy agencies were no other than ISI and RAW. The theme behind this was very clear. US was on the back foot, surrendering everything just to achieve a “graceful departure” from Afghanistan. The vacuum was all open for Indians if they can utilize the bandits in Tribal region of Pakistan to keep them away from planning something for Kabul, while Pakistan was all out to turn Taliban against Indian backed regime in Kabul, no matter if it costs an all out “no” to US aspirations.

At London Conference some months back, this rivalry came out openly when Pakistan along with Saudi’s gave US what it wanted so much, a graceful departure only if Kabul is left in a state where it is not harmful for both the countries. Having said this, the Indians logically could not prove a link of Pakistan’s friendly Kabul to the insecurity within and its occupied border, because neither under the umbrella of 26/11 Mumbai Attack it could blame Taliban of Mullah Omar nor the struggle of Kashmiris has any support from them. So the US was left with two option, whether to pack up in a manner which it has also done in Vietnam also, or let it go on in a manner which was putting the foundations of “America” at stake, especially in terms of its financial condition.

So somewhere down the line, a green signal was given by the three parties. As long as the winds can say, US has agreed to the same pattern it has used in Iraq. Under the context of “SURGE”, suddenly the battle field and insurgency will be eliminated in coordination with the Taliban, with Pakistan and Saudi’s playing the role of guaranteers……..and when the tight time will be reached sometime later, a historical announcement will be made where Afghanistan will be declared a “country worth surviving at least”,, some new front faces will emerge to provide a smoke screen to the Taliban, and the US troops will pack their bags and board there galaxy planes bound for Nevada Desert. Sounds too crazy indeed…………This is exactly what we witnessed in Iraq where Iran played the silent role to cool down groups like Mehdi Militia, and soon US was limited to an observation force rather than the one engaged in active street warfare.

Having said this, now the situation is very ripe. In the past two months the US led allies have embarked on the biggest expedition in Marjah area, while Pakistani intelligence has out of no where arrested 2nd in command to Mullah Omar, Baradar. Not only this, a newly leaked report confirms that along with him 5 other provincial Governors of Taliban have been arrested in the past two months…………..isn’t it strange???? But unlike Iraq this episode wont be that simple. The Indians have the possession of Kabul at their ease, while at the same time they have spent billions in Afghanistan which cannot go to the dustbin. Above all, they cannot let go a chance to damage its old foe in the manner it has achieved through TTP. On the other hand shadow stake holders like MOSAD and Russians cannot be ignored, and they will do what they are trained the most…………..rampage.

Having said this, no matter how you see it, this double face sword can go either way. In positive terms both regional powers can leave Afghanistan to itself, and move forward in a way that will turn a new page in history of South Asia. On the other hand, if all goes as we have seen in the past…………more fire will burn down Swat and Waziristan………….many more bomb will explode near the president house in Kabul………..an invisible funding can boost the Maoist rebels in India we saw with TTP in Pakistan, or simply one wakes up with the news that suddenly Kashmiri fighters have reactivated themselves……….no matter how you translate it, the stage has been set for a perfect climax. Lets hope that this time around we have a positive outcome…..hmmmmmm!!!!

6 thoughts on “The Afghan Question!!!”