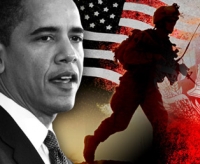 Recently, NATO head of states gathered in Lisbon to formulate what has been tagged as the â€œend planâ€ for the US led â€œWar on Terrorâ€ in Afghanistan. US President Barack Obama is definitely trying his best to twist the pages of history into his favour. This final push from NATO in reality is directed to secure a â€œgraceful defeatâ€ for the alliance which has seen itself tested in the real battle this time around in its 61 year long history. Things have gone from bad to worse for the allies in Afghanistan and with the prevailing circumstances it shouldnâ€™t be wrong if we say that NATO is making its move to â€œsurrenderâ€ its aspiration for the region alongside this campaign.

Realist paradigm as well as sanity will side with NATO decision of an early withdrawal from Afghanistan, which is most likely to be June, 2011. Most members have shown their reluctance to surpass the deadline of the next year, although US President’s statements as well as the following agreement has been devised to confuse everyone involved. As we are near to the 10th year of war in Afghanistan, the aims and objectives NATO and especially US carried are far from being achieved. Â Signals like we will be there for you even after 2014 will add more miseries to the Afghans. The way US has behaved on this issue can be summed up in this simple proverb

â€œHolding a Camel by its tail while its falling into the well, ultimately takes you inside the well along with the Camelâ€

Of course, in this episode camel is none other than the United States of America while the fool holding its tail are the members of NATO alliance. Having said this, its hard to believe Islamabadâ€™s shyness over this issue. While others have just seen, we have faced the real brunt Â of this â€œwar on terrorâ€ in the past few years.

Instead of claiming Pakistan as the frontline state, Mr Shah Mehmood Qureshi should have coined the phrase â€œfront line sufferersâ€ from the war in Afghanistan during his trips to Washington. Â Anyhow, the point is that with so much going around why we are still waiting for Pakistanâ€™s policy regarding Afghanistan. I mean its time that our Foreign office should move further from traditional statements of â€œwe want a peaceful, strong and brotherly Afghanistanâ€. With so much happening around, its time that papers should start rolling from Islamabad describing how they plan to achieve this.Â  Currently the most debated topic remains whether US presence in Afghanistan is in our favour? Should the allies stay in Afghanistan even after the passage of the 2014 deadline?

To be precise, I would like to differ if your answers ends up positive for the above mentioned question and I am sure that in long term this is the case with Afghanistan too. Being there for a decade, its no outside support which has kept resistance or guerrilla war going against US forces. Even if we add an element of foreign aid as labeled on us, its hardly 10% ( though we strongly disagree). The rest of 90% has been given by the locals. My observation in no way proves that this support from the locals is directed to bring the Taliban back to power. Rather with no alternate, its there refusal to the occupation that they have supported this insurgency. If security remains the main issue, the biggest cause remains US boots on Afghan soil whether General Petraus likes it or not.

Its time to move to the conclusion for Afghan question, as Pakistan must see it. There is nothing as good Taliban or bad Taliban as its US vocabulary. Same goes on for Pakistan, India, Russia, China and Iran when it comes to deciding the future of Afghans. Â US has to withdraw as soon as possible because their delay will make the matters worse for all the stake holders. Then naturally we land upon the question of transition and its not simple I must admit. Many options can be activated for the sake of Afghan future outlook, and it seems that in this case international community must start with a general amnesty for all the groups fighting against the occupation, with the exception of foreign fighters and Al-Qaeda especially. The groups must be brought to the dialogue table for some serious talks on the following matters

a)Â Â Â Â Â  Complete disarmament of their forces and empowerment of Afghan national army through the inclusion of these fighters into the regular setup under a centralized command.

b)Â Â Â Â Â  A declaration by all the groups that in future their will be no harboring or support to either foreign fighters nor they will pick up arms against the national forces of Afghanistan.

c)Â Â Â Â Â Â  A complete ban on the cultivation of poppy and other drugs while efforts from all side to eradicate drug mafia from Afghanistan.

e)Â Â Â Â Â  In case any groups breach the agreement, the result will be action both through hard and soft power

f)Â Â Â Â Â Â  Establishment of a transitional government in Afghanistan to supervise this first stage of the episode, and make preparation for an early all party elections in Afghanistan, under the supervision of UN and other agencies

In case US abandons Afghanistan under the current regime of Hamid Karzai, it is certain that the task ahead is out of his reach. Either he has to rule by dividing Afghanistan on ethnic, tribal grounds or he has to align himself with one or two regional powers active in Afghanistan right now. Naturally this alignment will end up in a power struggle as we saw in the era of 1990â€™s and we can easily presume a nightmare for Afghanistan.

Its time that Pakistan must come up with its transcript of Pakistan policy because their silence will only result in a storm of a magnitude never witnessed before. The ignorance of regional effort is insane. India, Pakistan, China, Iran, US and Russia must establish a joint forum to implement this road map for the transition of Afghanistan to the Afghanis. Its crystal clear that today US and NATO are in no position to solve this issue on their own and lets put it this way that their solo effort will end up in a catastrophe for the entire region.

A peaceful, democratic and stable Afghanistan is in the favor of the entire region and its time that the final bells must be rung on this issue. Taliban tamed in a proper manner can easily become â€œ Islamic Alliance of Afghanistan or United Islamic Frontâ€ instead of holding rocket launchers on their shoulders, in case people of Afghanistan elect them at the first place. Else every day a new page is added to the book of history and unfortunately until now in terms of Afghanistan its all negative that is adding onto it.