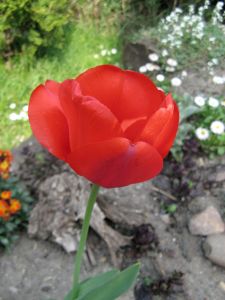 World Parkinson’s Day Is Held Annually on April 11th. The day is intended to boost awareness of the disorde.

Parkinson’s disease is a brain disorder, commonly in Urdu language we use to say it “Raisha”. Its three major symptoms are tremor (trembling which usually starts in one hand), rigidity in the trunk or limbs and slowness of movement. It is a progressive disorder, meaning that it typically gets worse over the years. But new treatments are emerging for PD that promise to reduce the most disabling symptoms of the disease.It is possible to live an active life with PD. If you take advantage of the best treatment options for you, maintain an exercise regimen as best you can, and create and use a support network you will increase your ability to remain independent and to live a pretty normal life. Remember you are not your disease.

World Parkinson’s Day has been observed the last few years in commemoration of the birthday of Dr. James Parkinson, the English physician who in 1817 provided the first clear description of the disorder that now bears his name. The purpose of World Parkinson’s Day has been to encourage public awareness of the disease and the efforts being made to control and ultimately cure this disorder.