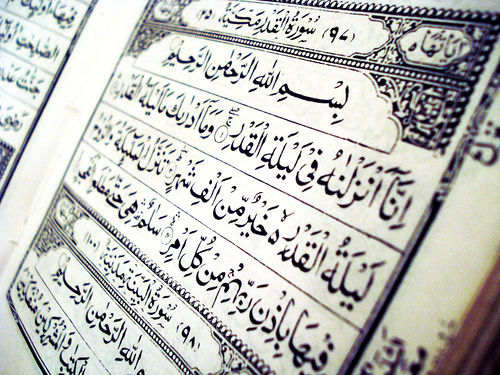 “O you who believe! Fasting is prescribed for you as it was prescribed for those before you in order that you might learn piety . . . . The month of Ramadan is that wherein was revealed the Quran, as a guidance to mankind, and clear proofs of the guidance, and the Criterion (to distinguish the right from wrong). So whoever among you witnesses the month should fast.” (Surah Baqarah:183, 185) 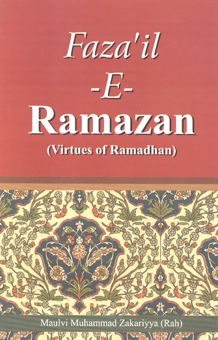 Below are some Ahadith from the book Fazail Ramadan:

Salman (RA) reports, “On the last day of Shabaan Rasulullah (SAW) addressed us and said, “0 people there comes over you now a great month, a most blessed month in which lies a night more greater in virtue than a thousand months. It is a month in which Allah (SWT) has made fasting compulsory by day and has made sunnah the taraaweeh by night. Whosoever intends drawing near to Allah (SWT) by performing a nafl, for such a person shall be the reward of the one who had performed a fardh in any other time. And whoever performs a fardh, shall be blessed with the reward of seventy faraaidh in any other time.

This is indeed the month of patience, and the reward for true patience is paradise. It is the month of sympathy with one’s fellowmen. It is the month wherein a true believer’s rizq is increased. Whosoever feeds another who fasted, in order to break the fast at sunset, for the feeder there shall be forgiveness of sins and emancipation from the fire of hell – and for such a feeder there shall be the same reward of the one who fasted (who he fed) without that persons reward being decreased in the least.” Thereupon we said, “0 messenger of Allah, not all of us possess the means whereby we can give a fasting person to break his fast.” Rasulullah (SAW) replied, “Allah (SWT) grants the same reward to the one who gives a fasting person to break the fast a mere date, or a drink of water, or a sip of milk.

Abu Hurayrah relates that Rasulullah (SAW) said, “My Ummah were given five things for Ramadan which were not given to anyone except them. For them, the smell from the mouth of a fasting person is more sweeter to Allah (SWT) than the fragrant smell of musk. On their behalf the fish in the sea seek forgiveness until they break their fast. Allah (SWT) prepares and decorates a special garden in paradise everyday and then says (to it), “the time is near when faithful servants shall cast aside the great trials of the world and come to you”. In this month (for them) evil-minded shayateen are chained so as not to reach unto those evils to which they normally reach during other months besides Ramadaan. On the last night of Ramadan they are forgiven”.

Sahl (RA) said that the Prophet (SAW) said: “In Paradise there is a gate called al-Rayyaan, through which those who used to fast will enter on the Day of Resurrection, and no one but they will enter it. It will be said, ‘Where are those who fasted?’ They will get up, and none will enter it but them. When they have entered, it will be locked, and no one else will enter.”

Laylatul Qadr is better than a thousand months, which is over 83 years! It is found in one of the last ten nights of Ramadan.

Anas (RA) reports, “Once when Ramadan started, Prophet Mohammad (SAW) said, “A month has dawned over you in which lies a night better than one thousand months. Whoever is deprived of its blessings has indeed deprived of (almost) all good. And none is deprived of its good except he who is completely unfortunate.”