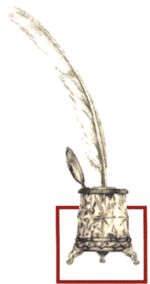 (Inspired from the fiction novel : ‘The Hoax Of Osama’, currently on air in the international media & the biography ‘The Last Of The Jokers’ the longest on going film series in Pakistan ruling class (63 years).)

Since I’ll be traveling in three days, not to be home for the next 2 weeks at least.
& since it is so highly in fashion to have the funniest will, come to world view post-death, of the tallest (whether in politics or terror) personalities..

I hereby submit my ‘solemn will’ to the whole world, in case I die ..

1. My corpse must NOT be buried in the sea
(read = for heaven’s sake get a life! show my people the last of me and bury me in my land Pakistan)

2. My mother should not join Al-Qaeda after my death
(since I have no children yet (!))

3. I am NOT going to U.K. for any terror attack, I have been invited for the Royal Valima in all earnesty (:p)
(so do not get lame and connect me to Al-Qaeda because of my anti-US tweets)

4. Do NOT photoshop me post-death; I neither have a beard nor wear a burqa

5. My house must NOT be droned
(no innocent Pathans live in my building (!))

6. My car should be donated to our Prime Minister; my heart bleeds to know the great man does not even own a car of his own (sources: Daily Dawn)

7. I must NOT be declared Shaheed-e-facebook, just because my will is submitted here instead of with my worst enemy

8. 15% of my savings in banks must be donated to the honourable President Pakistan
(com’on! he deserves a pay raise, fro 10% to 15% of everything from now on)
The rest of 85% savings should be donated to ‘The’ BHAI , for arranging his security and travel back to Pakistan

10. My (first and) last wish: put ALL the current rulers (whether central or provincial or de-facto(!)) in a container, ship them to the middle of the Arabian sea, dump them there, and bring the ship back home!

ps: In case I do not die, you can still claim that I’m dead, make a sensation out of my existence and death and specially this will, declare our Intelligence Forces killed me for being linked to Taliban Khan, and I may easily return with a new fb/twitter account ;D)

2 thoughts on “The highly in-fashion ‘WILL’”