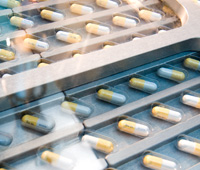 An Indian pharmaceutical company claims that it can increase its production of antiviral drug named “FLUVIR” or “Tamiflu” to combat swine flu. Hetero Drugs Limited in Hyderabad India is the only supplier in India licensed by Swiss-based Roche to manufacture this flu drug.

Roche is working closely with the World Health Organization (WHO) and Governments around the world to make the oral antiviral medication Tamiflu available to patients in need following the increased reports of outbreaks of swine flu. The WHO and US CDC report Tamiflu is active against this new swine flu virus A (H1N1).

Roche had Tamiflu sales totaling 609 million Swiss francs ($527 million) in 2008, according to the company’s annual report.

5 thoughts on “Swine Flu and Pharmaceutical Company of India”