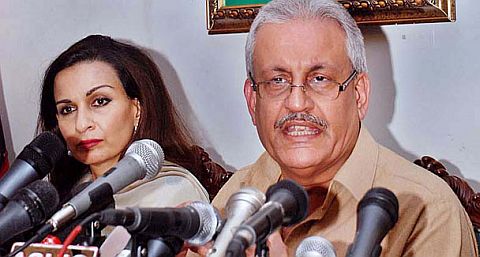 Few months ago two federal ministers Sherry Rehman and Raza Rabbani had demanded reinstatement of deposed judges of superior courts against their party’s will and paid for it by resigning. People saluted them for their daring decision but Cabinet division has not issued a notification about the resignation as reported by Dawn.

Whole political gimmick was played by PPP to distract people from the core issue of Judges Restoration, although they had to reinstate them later on. The whole practice made Sherry Rehman and Raza Rabbani national figure over night. But there was nothing seen or heard from both of them after restoration of Judiciary. May be the award of that silence has arrived.

Prime minister may assign them new tasks in an expected cabinet reshuffle. Sherry Rehman may be asked to continue her work as Minister for Women Development and Raza Rabbani may be reinstated as Law Minister if President Zardari agrees.