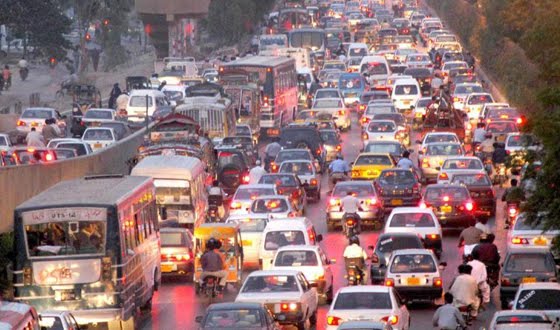 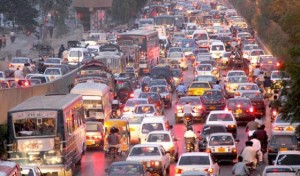 Pakistan, the 6th most populated country in the world today is one of the most densely populated areas in the world, and is ranked 145th of 189 countries on the Human Development Index.

The danger looms even greater that the exploding and almost exponentially increasing population of Pakistan could soon face large consequences if its growth rate is not brought under control immediately.

With a population of just under 180 million, Pakistan boasts a high growth rate of 1.77%, which though is a welcome figure compared to the rate of 2.1% in 2010, is still too much.

The fact that these statistics are official ones and probably fail to consider a vast majority of population in remote areas and villages makes this figure even more daunting. Every minute, on an average our population increases by 6 people. Why is it that this happens? Can we not learn lessons from the past?

A number of what some people may even call ‘silly reasons’ contribute to the increase in our already flooding population. Illiteracy and superstitions have been the social villains that have almost exponentially increased our population.

Many villagers believe that they can have as many kids as they want and that God will provide the necessities of life for them. Others hold the opinion that the more the children they have, the more they have workers for their farms and dairy businesses. Some men, particularly patriarchal ones with an old school of thought just don’t stop trying until they have a son.

But superstitions and schools of thought aren’t the only villains. A lack of health care and the scarce availability of contraceptives in rural areas which account for almost two thirds of our population is a leading factor that has lead to the increase in our local population.

Poor educational facilities around Pakistan mean that couples are unaware of the fact that they must consider a number of facts before having a child, such as whether it is in their capacity to provide and take care of one.

The consequences of a growing population are stark, and awareness about them must be spread before it’s too late. The increasing population has largely burdened the amount of resources in the country. Demand for goods has expanded rapidly and the need for necessities has grown exponentially.

To provide clothing, housing, water and food for the increasing population, the agricultural, manufacturing and service sectors have had to expand the production of their goods and services such that resources are being used up at a rate much higher than what they should be at; though this may satisfy consumer demand in the short run, production will lose its sustainability and it will become harder and harder to provide and save for future generations.

There is only a limited number of jobs that the country and all its firms can offer to the population. The increasing amount of population has increased the level of competition in this economy; though this may seem like an advantage, it is not as a number of people are left unemployed and potential talent is wasted. People are at times even forced to take on jobs with lower skill requirement just for the sake of being able to provide for their family.

The increased number of unemployed workers also increases the rate of crime as people are forced to steal or perform other amoral tasks for the sake of survival.

An increasing population in Pakistan is also leading to a change in demographic structure. Villages are becoming over populated to the extent that many youngsters and workers leave with the desire to live a more luxurious urban lifestyle. This drags them to cities, but the promised success is hard to come, and many of these villagers are forced to live in slums and sub-standard housing facilities that put them at a greater health risk than when they were in villages. Their skills are also wasted as they face problems of unemployment.

It is predicted that our population will be about 220 million by 2020 and that by 2050, we will be the 5th most populated country in the world, with the second highest population density, behind our former half, Bangladesh. It can be seen that demographics have been a problem for Pakistan since the very beginning. Many steps need to be taken in order to lower the rate of growth of our population and prevent the current problem from becoming any worse.

To prevent demographic disparity from worsening, our government as well as a number of NGO’s need to take the situation into their own hands.

Literacy is the key to success in life, and the same applies here. Couples need to be made more aware and the modern school of thought where they plan before having children must be instilled in them.

Educating women can make a huge difference, as, if they begin working rather than spending the whole day at home, they will not be willing to commit the same amount of time to family; they will think before having kids, and in rural cases, will not listen to patriarchal fathers whose instructions they have been following mechanically today.

Better health facilities and especially an increase in the availability of contraceptives can be a crucial factor in helping control the growth rate of population, especially in rural areas where such medical facilities are practically non-existent.

Only by taking such solutions into account seriously will the government be able to control the population of Pakistan effectively. The issue of an exploding population poses great threat to society today and one can only hope that the bodies that should have been doing their job all along preventing this issue from occurring in the first place, wake up, realize the threat that this issue poses, and act to prevent a socio-economic disaster in the future.