These days, Pakistan is passing through worst Power Crisis of its history. The trickle down effect of inefficiency and mismanagement of last 9 years is in full flow now and the nation is now reaping what was sown by Musharraf regime.

Unfortunately, the elected Parliament and Government are as dysfunctional as their predecessors. Minister for Water and Power Raja Pervaiz Ashraf is as incompetent as Liaquat Jatoi, the guy he succeeded as Minister for Water and Power. Raja Pervaiz Asharf spends more time representing his party co-chairman in TV debates, participating in political negotiations, renaming roads and doing everything else that is not related to his portfolio. 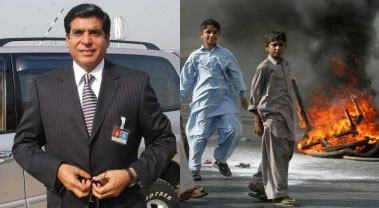 Barely two weeks back, the good Minister informed National Assembly that the austerity drive has helped the government save 500MW of electricity, to reduce power outage. According to him, the government took effective steps to control power outage including advancing the clock, closure of shopping mall at 2100 hours and reducing the use of air-conditioners and streetlights.

However, ground realities defy government’s statements. Advancing the clock resulted in confusion and now people are using dual clock system. Shopping malls are not complying with closure at 2100 hours and markets remain partially open on Friday and close on Sunday while government announced full closure on Friday, to save electricity.

Also, according to Pakistan Electric Power Company (Pepco), all power generation units across the country are producing much below their capacity, the reason being drastic increase in fuel prices. The government raised oil prices when oil traded at $145 per barrel but prices were not revised when oil slided back to $112 per barrel. As majority of producers use oil as primary mean of power generation, they are badly affected while government is not providing any relief.

The power supply situation worsened in last 2-3 days. Unscheduled load shedding of up to 16 hours started across the country.
As The News reports:

Unannounced load shedding in the different cities of Pujab continuing for 18/20 hours unabated, people in Lahore stand extremely vexed by the load shedding and business activities have come to a halt. The protesters in Okara also went violent breaking the windowpanes of Quetta Express at the railway station besides blocking the railway track. Hundreds of people staged protest at Bhawalnagar against 18 hours of load shedding and blocked the Bhawalpur-Manchanabad road. Pakpattan women came out on the streets in protest and forced the closure of shops in the town. The people demonstrated against power outage at Gojranawala, Sialkot, Sahiwal, Sargodha, Faisalabad, Sangla Hill, Kasur and other areas of Punjab.

All across Balochistan including Quetta life stands paralyzed due to protracted load shedding. Quetta Electric Supply Company said that they are forced to resort to load shedding in Quetta for 6 hours, in the district headquarters for 8 hours, while in the rural areas for 12 hours. Contrary to the claims of the concerned officials, Quetta several areas witnessing load shedding for 8/10 hours and protracted load shedding at district Bolan, Sibi, Naseerabad, Jafferabad, Khuzdar, Qalat, Mastung, Naushki,

This is high time for the government and particularly the ministry of Water and Power to take power crisis seriously. People of Pakistan are already frustrated with political uncertainty, inflation, raise in petrol prices and street crime. Their patience should not be tested further.