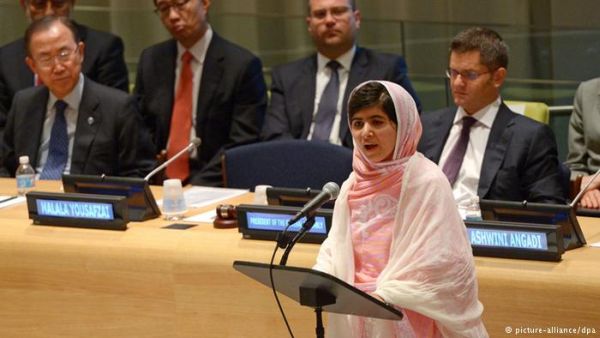 A bullet in your head was of concern to the U.S., the lives of Iraqi children were not. You had to be shifted out of the country for treatment with U.S. backing, while Afghan children lost their limbs to U.S. bombs. You were showered with praise by the U.S., while they showered Pakistan with drones. You are given aid to spread education, while Israel is given aid to kill Palestinians.

While I am bewildered at your naivety, what baffles me more is that you are an idol in the eyes of Muslims, who know that the U.S. has been, since decades, invading one Muslim land after another for money and power. On one pretext or another, it has been slaughtering Muslims mercilessly and yet they applaud.

The death toll in Gaza is now over 2,000, the number of injured escalated to 11,000, and more than 500,000 displaced – that is half a million people homeless. Around 180,000 have left their homes and are living in refugee camps due to the fear of losing their lives, while over 320,000 people have had their homes destroyed.

The worst part of the conflict is the ordeal faced by children in Gaza. In an age when they should be playing with toys, they have become victims of bombs. Many children are in hospital beds, withering in pain while others have breathed their last.

Below are some images from the Israel-Palestine conflict. Looking at those, and knowing that the level of heinousness of the crimes excels far beyond the limited scope that images can provide, can you honestly say that you have taken a step in the right direction to support a cause that is worthy, while you do it for those whose hands are tainted with the blood of millions of your brothers and sisters since decades?