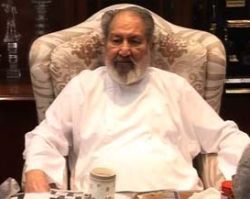 Pakistan is going through the worst and most critical situation of history. Where most of things are not going well, Law and order, corruption, un-employment, poverty, deficiency of fundamental needs are the most important problems today. These are the issues which are not solvable in one day but they are increased too much in these two and half years. As compared to this if we see the statistics of the previous regime we will see the previous regime was much better than this. Government is not visible any where in country. Pakistan is heading towards first position in corruption. And many things are going in wrong directions due to wrong policies of PPP. So the government of people’s party is most corrupt government in the history of Pakistan. There is no dignity of Pakistan in this regime and PPP is responsible for this entire situation which Pakistan is facing.

It doesn’t mean that the members of PML are angles but comparatively they are much better then PPP. Muslim league is the party of a greatest leader Quaid-e-Azam. Pakistan Muslim League made Pakistan and even if the leaders belong to any sub-party group at least they are not anti Pakistan and they can handle the matters. This is the time to combine all the Muslim leagues. Muslim league has a biggest vote bank but their vote bank is divided in elections due to divided sub-parties.

Muslim league always saved and supported Pakistan in every crises and in every crucial time. The big stones in the way of alliance of Muslim leagues are Chaudary Pervez Elahi and Nawaz Sharif. On the other hand the Quaid of Pakistan Muslim League functional, former prime minster Mir Zafar-Ullah Khan Jamali and senior leader of like minded (Hum Khail) group Saleem Saif-Ullah are playing very important and leading role in the alliance of Muslim Leagues. Every Sub-party leadership should show flexibility because in politics the doors of dialog and negotiations are not closed ever and should leave personalized politics.