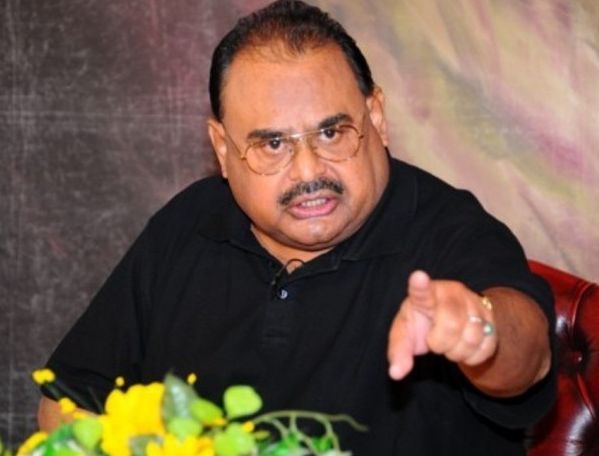 Around 22 years ago, my brother was brutally tortured by APMSO workers inside the canteen of his college. I very distinctly remember that day. Back then it meant that if you were taken by THEM, you would not come back alive. Back then, we did not have cell phones so we did not know if my mother who had gone to get him had found him alive or dead. When he came back, every inch of his body had marks of brutal torture from cigarette burns to giant purple and red bruises but we were happy that he lived. Though he could not sit, sleep, stand or turn without moaning, but he lived. Many other young men from Karachi did not whether they were tortured by THEM or the law enforcement agencies. I was only a little girl. I wanted justice and what was my prayer? Like the helpless vermin that are called the common men and women of my country, I prayed that Altaf Hussain be shred to pieces. It wasn’t the guys who tortured him that I wanted shred to bits, it was him that I wanted to be taken to task.

I would and still wonder what it is that turns human beings into animals, to hate someone with such ferocity that the target seems sub human and that too based on the most base reasons; colour of your skin, the language you speak, the way you pray. The only thing that comes to my mind is that for a lot of these people, it is the injustice, lack of equal opportunities and relentless exploitation of ethnic and religious minorities. Violence cannot be justified but after watching scores of interviews of target killers and political assassins, I have come to the conclusion that they are bigger victims than the dead because the dead are free and the killers are not. They have daughters and sisters who think their fathers and brothers are out to work hard to make a living when they actually are taking lives like it is all part of a day’s work. Inequality, denial of respect and injustice in treating all members of a society equally will continue to breed hatred and give birth to those who are willing to be martyrs for a cause they believe in.

The Urdu speaking community of Karachi that I grew up with are a group of fantastically amazing people. My mother was 18 when she moved to this city from a small town in Punjab and she was taken care of by her neighbours who all happened to be mohajirs (interestingly though, my mother’s family had the same title in Punjab because they had migrated from Kashmir). The stories she has told us, talk of a magical time and a magical love between these people from opposite corners and cultures. The biggest victims of MQM to me are the Urdu speaking of Karachi. In the days when MQM’s freedom fight was at its peak, there was rarely a mohajir home that was not affected and in some areas it still is the same. It was a time when neighbourhoods were divided, no go areas were created, mohajirs were driven out of Punjabi majority areas and vice versa. People stopped marrying their sons and daughters to the sons and daughters of those who were ethnically different. Although my father is the most religiously and ethnically tolerant man I have ever come across, he refused to marry my elder sister to our dear neighbour aunt’s son because they were mohajirs who supported MQM although they are a wonderful family; my nieces called her Dadda (dadi). I still remember the gharara she sew with her own hands for my khala’s wedding. It was a time when a whole generation of young men was lost to empty promises. A whole generation was alienated and was placed on the defensive. Mohajirs became to the rest of Pakistan, what Indian Muslims are represented as in Indian movies; Aslam bhais!

My father says that it was done on purpose because Karachi always stood for democracy and against dictators (be it Fatima Jinnah against Ayub or religious parties against Bhutto), every big political movement started from Karachi so ‘they’ decided to impose the most evil dictator on this city; so the people of Karachi have no free will; so their votes are stolen and no big political movement could start from it; so they are enslaved till eternity by fear of the namaloom afraad. Slowly and gradually, the city of lights turned into the city of ashes, bullets, blood, target killings and dead bodies. I believe my father. I know that some people might feel that this account is exaggerated and that it trivializes what MQM originally stood for but that is not the intention. It was a fight for identity in the beginning, of placing yourself somewhere in an adopted country yet it cannot also be ignored what it transformed into at the end.

Altaf Hussain is arrested but I don’t feel real happiness because I know that there are many others like him who will not be because they are not British citizens. Our shameless politicians are shamelessly conceding on TV talk shows that “Bartaniya kay qawaneen buhut alaa hain or unkee police us say bhee alaa, wahan kisee say nainsafi nahin ho saktee, woh Pakistan kee terha nahin hain,’ and I am in awe of their confessions and marvel at the audacity of these quotable quotes because these politicians are the law makers and they are the law breakers and the fact that they are so openly admitting how sickeningly corrupt our system is and how incompetent they are, is just plain revolting. His arrest is not a source of joy because it has come after hundreds of thousands of deaths and much and more hatred.

I also know that as long as we have injustice in our society and ethnic and religious minorities are marginalized, we will have many other Altaf Hussain’s who will flourish and live off of the resentment of thousands of jobless men, thousands of single men and women who cannot afford to get married, thousands of children who cannot go to school, thousands of parents who cannot feed their children. There will never be an end to it and for that reason, though I am extremely anti ethnic divide, I feel that there will always be need for and room for ethnic parties to give people a kind of platform to raise their voices against the unfair distribution of wealth because people have an innate desire for protection from oppression and for safety and these parties provide at least the illusion of that. It is needed in a country where 50 percent of a province’s budget is spent on the city of Lahore so all those people who oppose ethnic parties because they go against the idea of a federation, must open their eyes and get a reality check. We live in a country where one city of a province rules the other three provinces and the other cities and towns of the same province like an emperor systematically alienating the rest. Until we have divided that province into a number of smaller ones, we cannot expect the Balochs and the Sindhis and the Siraikis and the Hazaras and the Pashtoons and the Mohajirs of Pakistan to not be nationalists and not be inclined towards ethnic parties.

I have inherited a deep love for my city from my parents. It is a city that changes you no matter where you originally are from. A Karachiite Punjabi is not even a shadow of a Lahori Punjabi and a Karachiite Pathan does not even remotely resemble the Pathan of KPK. I love that about this city. You can be who you are and what you are yet be a part of everything and everyone else. For the love of my mohajir friends (I almost exclusively have Mohajir friends), I want to say that I hope Mohajirs get a real representative party, that can show the rest of the Pakistan what mohajir culture is, rather than be a symbol of gangster terror. Love you all and don’t let anyone tell you that Altaf Hussein represents you.

Saira Abbas wrote this heartfelt note about how MQM devastated Karachi and the Mohajirs. Originally published at Facebook.