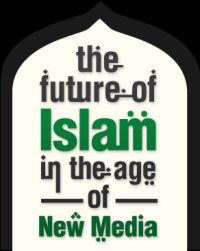 International media had become obsessed with Islam. Due to an intense focus on the eradication of the fundamentalist, Islam has come into public eye and now people all over the world know more about Islam than they did before 9 /11. There have been numerous deliberations on the fundamentalist who is often defined as a Osama look alike. According to international media an Osama look alike is often not even a Muslim at all. With president Barrack Obama recently even stating that Osama was not a Muslim!

Similarly there have been efforts to create a ‘moderate or liberal Muslim’ to take place of these fundamentalist. A term also created by the west with a definition also created by the west. But in the search for moderate and annihilation of the fundamentalist where has the Muslim been left? A Jew is a Jew, not liberal not fundamental so why can’t a Muslim just be just a Muslim. Why the need to categorize him/her. Who gives western media especially American the authority to decide who’s a Muslim whose not, who’s a bad Muslim and who’s a good one.

Islam encompasses both private and public sphere. Everyone has the right to practice religion or not practice it. Therefore if there is a dire need to categorize Muslims one should go by Dr Zakir Naik’s who states that you are Muslim if you believe, furthermore you are either a practicing Muslim or a non practicing Muslim.

7 thoughts on “Islam and international media”