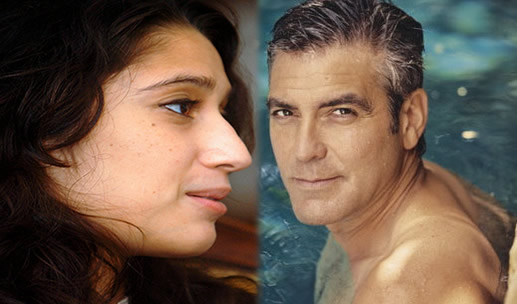 This is some news. According to the grapevine, Fatima Bhutto is dating George Clooney.

Fatima Bhutto, the 26-year old niece of assassinated former Pakistani Prime Minister Benazir Bhutto, a passionate feminist writer and journalist, graduated with a degree in Middle Eastern studies from Barnard and received a masters in South Asian studies from University of London.

Fatima is the author of two books: a volume of poetry published when she was 15 years old in her father’s memory, Whispers of the Desert, and a collection of firsthand survivor’s accounts from the October 8, 2005, earthquake in Pakistan entitled 8:50 AM

The Nation, quoting National Enquirer (the same publication that blew the lid on OJ Simpson and John Edwards), reported earlier:

Clooney is also said to be uncharacteristically serious about her, especially considering how smart and independent she is. Although Clooney has been able to keep the relationship under wraps, in private he is gushing to pals about the raven-haired Fatima, say insiders. George and Fatima met at an international conference last year. George quickly fell for her, revealed the source.

“Fatima was educated at Columbia University… and knew of his heartthrob rep, but she didn’t take his advances seriously because she thought their age difference – not to mention where they each lived – would make a serious relationship impractical. But George has courted her by phone and e-mail and arranged to meet her abroad when their schedules allowed it. Now he wants her to spend time with him in Hollywood.” 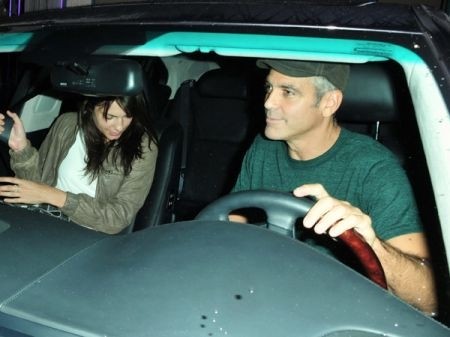