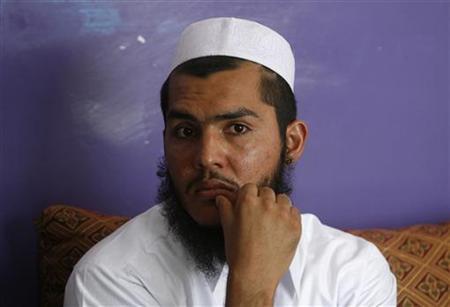 Here we have another proof of the great judicial system of the United States of America – the case of young Afghan, Muhammad Jawad.

Jawad was accused of throwing a grenade on a US army tank in 2002 that wounded two U. S. soldiers. Jawad was twelve years old when arrested and taken to the notorious US detention center in Guantanamo Bay, Cuba. To cover up their barefaced injustice, the Pentagon has argued that Jawad’s bone scans indicated that he was an adult at 18 years when he was arrested.

For six long years, Jawad was tortured day and night along with the other inmates.

“There was a lot of oppression when I was in Guantanamo and these inhumane actions were not for just one day, one week or one month,” Jawad told Reuters.

“I was oppressed the whole time until I was released. They tortured prisoners very badly and did not allow prisoners to sleep, did not give enough food,” he said.

Jawad’s lawyers say that he was treated very severely and forcefully kept awake and regularly shifted from cell to cell. Reuters reported that his age was never even given a thought.

“They knew I was underage but they did not care about my age,” Jawad said.

“They insulted our religion and our Holy Quran, they insulted us and behaved in an inhumane way,” he said.

A weary-looking Jawad stood and stretched his hands behind his back to show how he had been bound sometimes by his captors.

He said he and other prisoners were told to eat with their hands bound behind their backs, bending over and putting their mouths into plates of food.

In July, a US judge ordered that Jawad be set free as his confession was got hold of under the circumstances of great affliction.

“I remember the US government lawyer provided evidence against me but could not prove anything and in the end, the judge said: ‘no charge against Mohammad Jawad can be proved and he is innocent’,” Jawad said.

Some might be in awe of the US government for delivering justice to the innocent boy but at the cost of six years. Such six years of torture that will forever leave a mark on him.

All-hail the US government that stabs and then comes arrogantly with a well-worn first-aid kit.